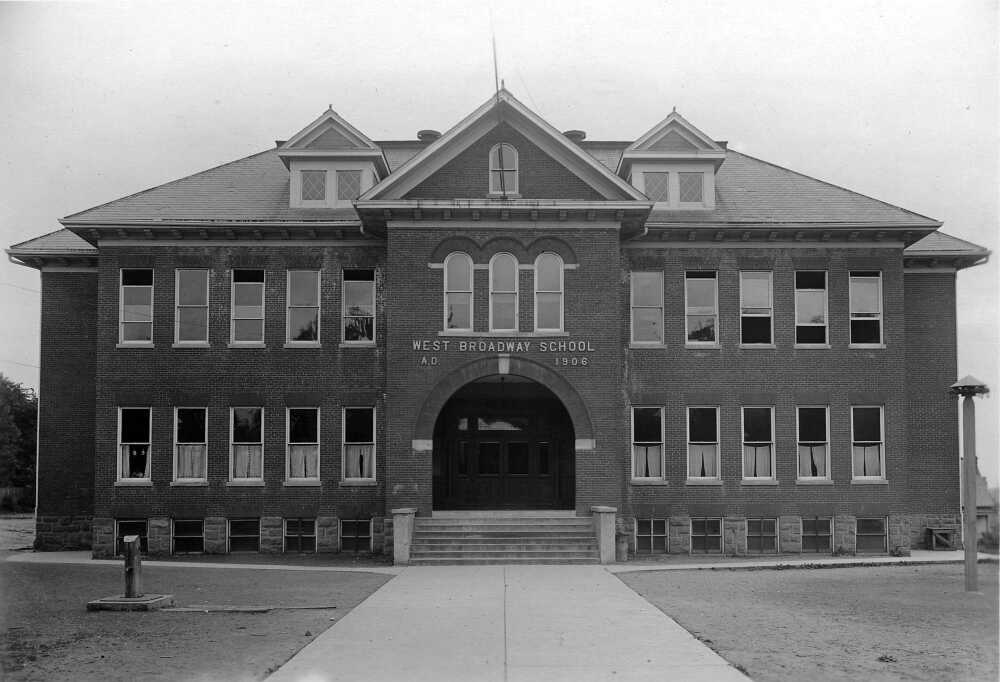 In September 1906, the Cape Girardeau School Board awarded Vogelsang Brothers the contract to erect a new school building at 937 Broadway, at a cost of $15,500. The two-and-half-story brick building featured a stone foundation, a hipped roof with ridge line and pedimented dormers. The facade was designed with a pedimented entrance with a large arch that lead to the main doors.

West Broadway School, named for its location in what was then the west part of town, was the first public school in Cape Girardeau to have a two-year high school. The first class graduated from the high school in 1908, and in 1911 the high school courses were moved to Old Lorimier School.

Then in June 1946, the State College leased the former school to house students. In addition to 12 units for married students, 60 to 70 men lived in the building. In 1953 the school board sold the building for $35,128 to a group of investors, who appointed Sen. Albert Spradling Jr. as trustee to handle the transaction. Spradling worked on behalf of a corporation composed of Madge R. Ridings, Jane Duncan Shoss, Margaret E. Crowe, Bernadean Campbell and Mary Hunter Kinder, wives of physicians, who planned to turned the building into a medical center.

By October 1953, renovations to the building to turn it into a modern medical center were underway. Fred Dormeyer Jr. was commissioned to design the new, modern look of the building. The hipped roof was replaced with a flat roof that complemented the building's new design. In addition to the roof, the front entrance was removed for a more contemporary one that would harmonize with the rest of the building, with additional entrances on one side and the rear of the building; air conditioning also was installed. A paved parking lot was added to accommodate about 100 cars. The building was the same size as Southeast Missouri Hospital in 1953. Renovation was finished in the fall of 1954.

[Five doctors formed a corporation, "Medical Arts Inc.", and bought the school, renovated it, and opened the medical offices in 1954. They were Hal Ridings, Mike Shoss, Ed Campbell, John Crowe, and my Dad, Jim Kinder. (from Peter Kinder)] 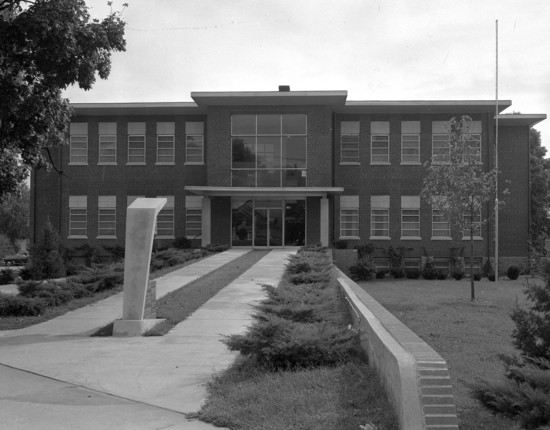