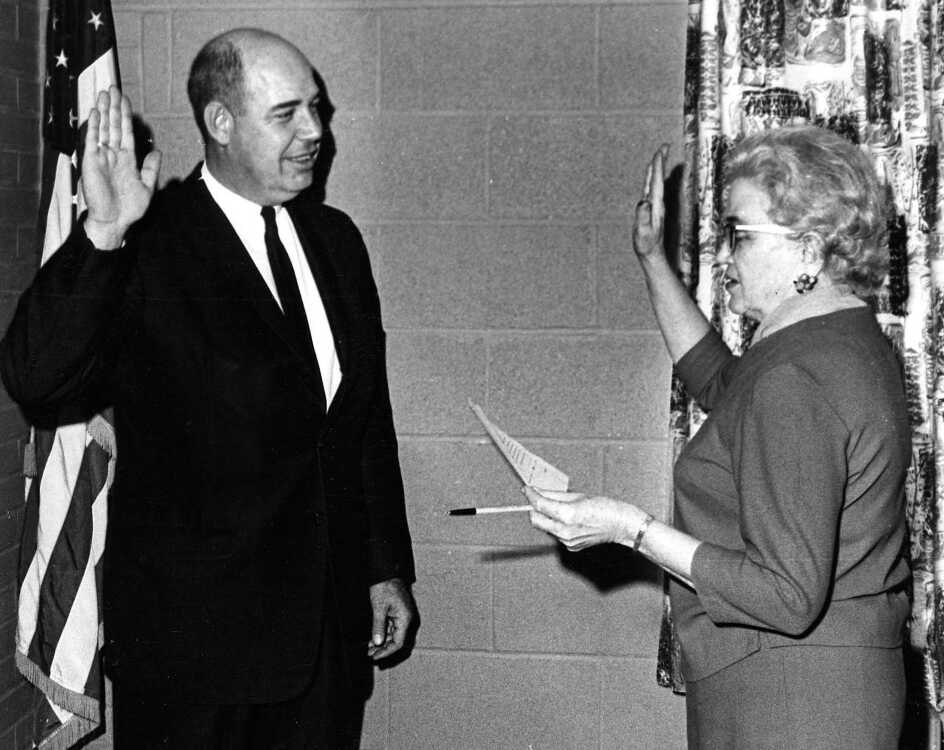 City Manager Paul F. Frederick introduced himself to the city department heads Monday afternoon, told them what to expect and what he expects and offered a few preliminary observations.

Moments before the meeting with 11 key members of the municipal staff, Mr. Frederick was administered the oath of office by Miss Verna L. Landis, city clerk.

The new city manager, who arrived here Sunday night from Minot, N.D., and assumed his duties Monday morning, said he wished to confer with each of the department heads individually and to make the rounds of the departments, meeting the personnel and inspecting the facilities.

Mr. Frederick said he hopes to complete most of the circuit of the departments this week.

Mr. Frederick told the staff he does not intend to run their departments but expects to be kept abreast of the various operations.

In turn, the city manager said, "I cannot and will not interfere with the policy decisions of the council." He added that his job will be to keep the council informed so that it can make its decisions.

He stressed that the name of the form of government is "council-manager," not "city manager," giving emphasis to the council's role in determining city policy.

Mr. Frederick said the city manager is only as good as those who work under him. "You make me or break me," he told the department heads.

The new administrative head of the city made clear that sweeping changes were not to be expected from him.

"Employes as a whole will find I am a staunch supporter of the city employe," Mr. Frederick commented.

During the course of his get-acquainted remarks to the municipal staff members, Mr. Frederick referred to some of the observations he has already made about Cape Girardeau.

"I can't for the life of me understand the fire rating of the city," he stated, explaining later that Minot with comparable personnel and equipment has a lower rating and is due for a further drop in fire insurance rates.

Mr. Frederick noted, however, that there may be some information he does not have pertaining to the fire rating here.

The new city manager told the department heads that there is considerable work to be done on the budget.

"We have a great deal to do to improve our prediction of expenditures," he observed. "Purchasing is something else we are going to be involved in," Mr. Frederick continued.

The city manager noted that there does not seem to be a clear-cut organizational chart of the city government and commented, "This is one of the things I want to rectify."

Mr. Frederick told the department heads that his door will always be open to them and asks their help in his becoming acquainted with the municipal operation in Cape Girardeau. 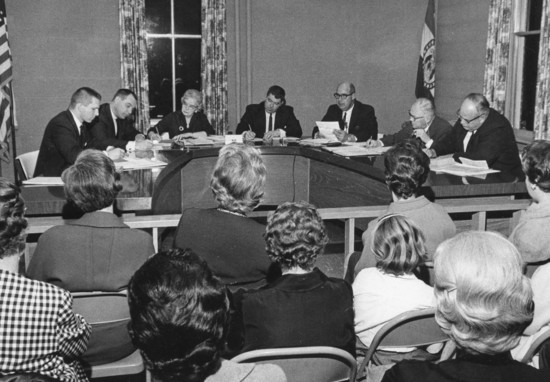 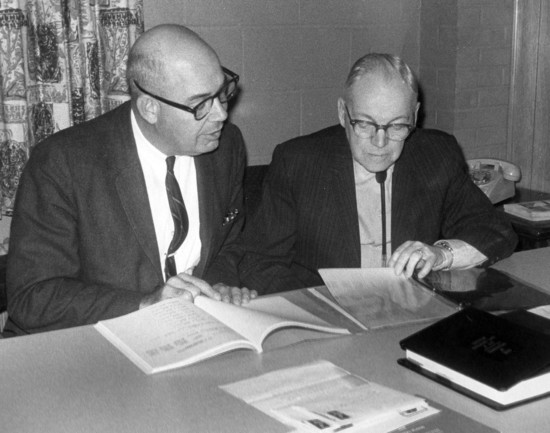