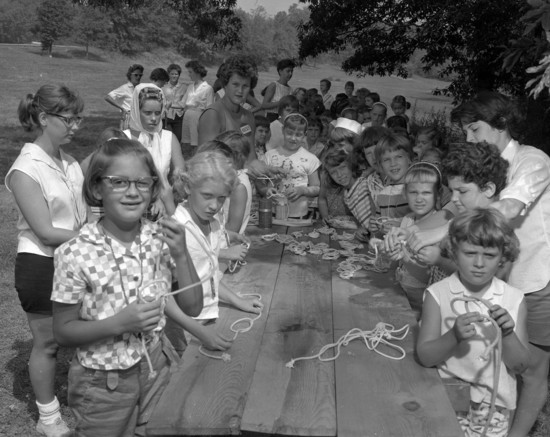 Gail Smith Hennecke recognized one of these knot-tying girls: "The tallest girl in the picture next to the picnic table on the left side is Rebecca (Becky) Davis '63." 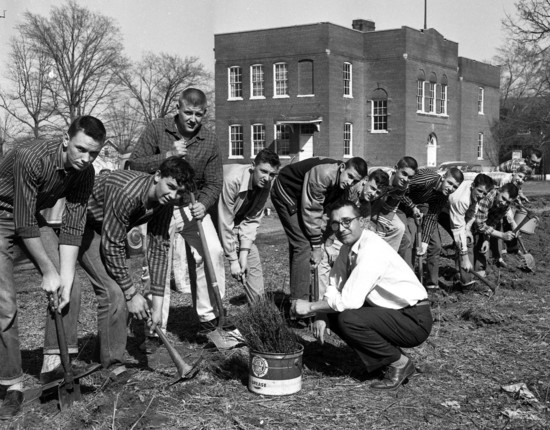 The photo was taken on the property of the Benton elementary school which no longer exists. Lett taught vocational agriculture at Kelly High School from 1957 to 1960. 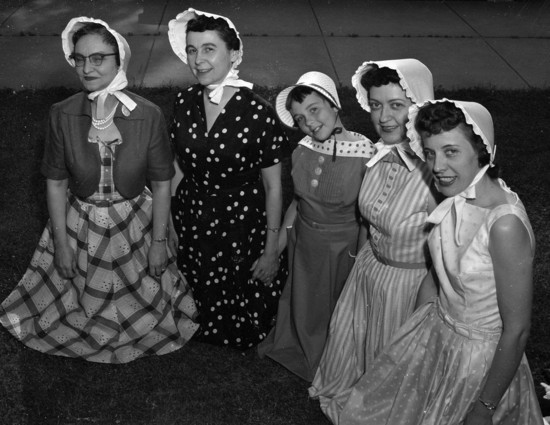 Some of the ladies were recognized by Diane Maurer: "The lady on the far right is Kathryn Bender and next to her is Della Heise. Kathryn is my mother, but she cannot remember what the occasion was." 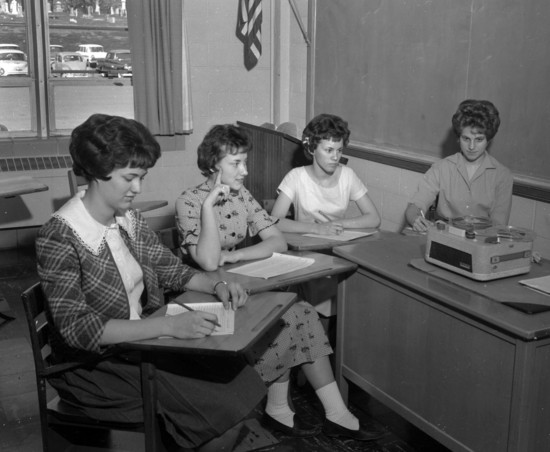 Barbara Hess: "They are, left to right, Jo Ann Fornkohl, Frances Ann Aug, Jayne Patrick, and Mary Rose Campbell at Notre Dame High School. They are from the graduating classes of 1963 and 1964. I graduated in 1964 with Jo Ann and Mary Rose. You may have already gotten this info, but I just had to email you. Thanks for the fun series!" 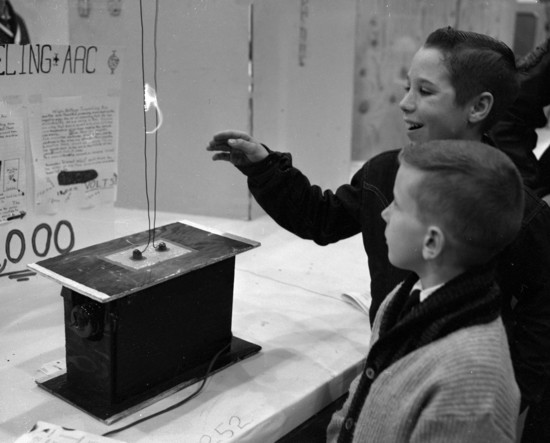 Gail Smith Hennecke, class of '66, identified the two budding scientists: "John Vogel '66 is the boy in the back. The boy in the front may be John's younger brother Ray Vogel '67. It looks like they are at a science fair."

An emailer with the initials JJ concurred with Hennecke: "Person on left is John Vogel and the other one I believe is his brother Ray."

(EDITOR'S NOTE: Jonathan Vogel denied that the boy in front is his brother.) 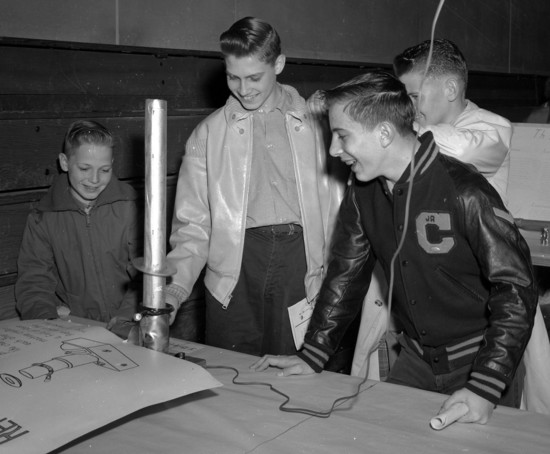 Another science fair photo drew this comment from emailer JJ: "Don't know the first person, second one Paul Sanders, next in letter jacket is Andy Pemperton, and the person behind is Dennis Bowden." 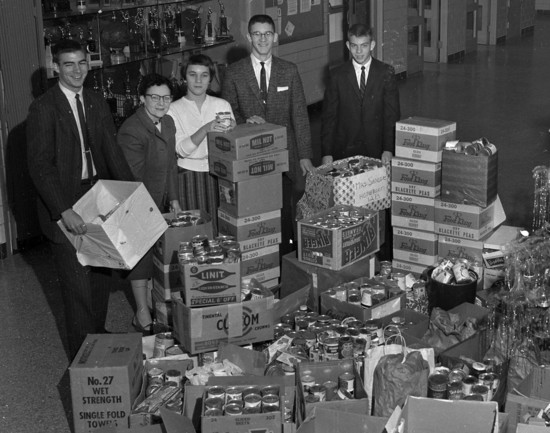 Gail Smith Hennecke, class of '66, had some thoughts on Photo 2: "I think that this is Christmas 1962. On page 68 of the 1963 Girardot it has a picture of the homeroom winners in Mr. O'Laughlin's senior homeroom as winners in the annual Salvation Army canned food drive contest. I think the students and teacher are Joe Hirsch, Kathryn Sackman, Joyce Goode, James Haynes and unknown."

Roxanne Smith offered this about the same photo: "I was showing my boss the pictures posted in today's paper. He has been in Cape a long time and went to Central. Photo # 2, left to right: Steve Oldfield, Karen ?, Mickey Roper and Bob McBride. Not sure about teacher."

(Her boss also confirmed the name of the teacher as Kathryn Sackman.)

Susan Koen of Terre Haute, Ind., also had thoughts about the food drive photo: "The teacher in mystery photo number 2 from today's group is Kathryn Sackman. She taught 11th grade American History. I knew I recognized her, so I looked her up in my junior year Girardot (1966). However, I don't recognize any of the students. The way they are dressed suggests a few years earlier that 1966, but Miss Sackman looks the same. Please keep doing this feature. I look forward to each new set to see if I recognize anyone." 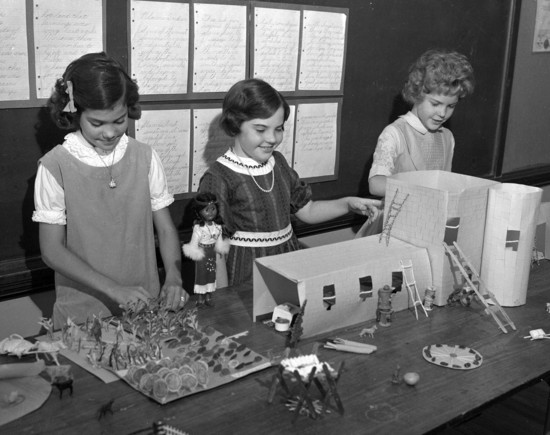 Kathy Welker: "I saw the #25 Gallery and I think picture 3 is Brenda Howe in the middle and Susan Smith on the right. The girl on the left looks familiar, but I can't come up with a name." 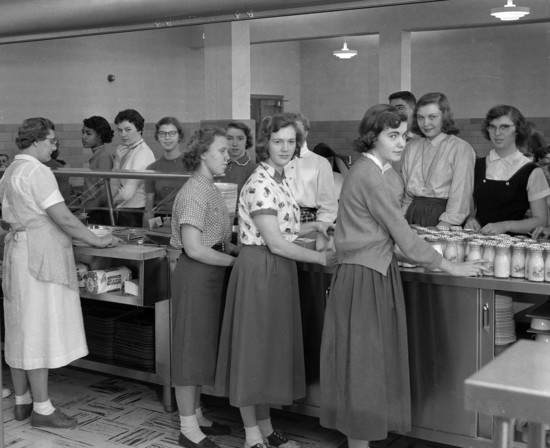 Roxanne Smith got some help from her boss: "I was looking at your pictures again and asked my boss. The only one she knew was photo 6. From left to right, the fourth girl, front row: Sally Sterling." 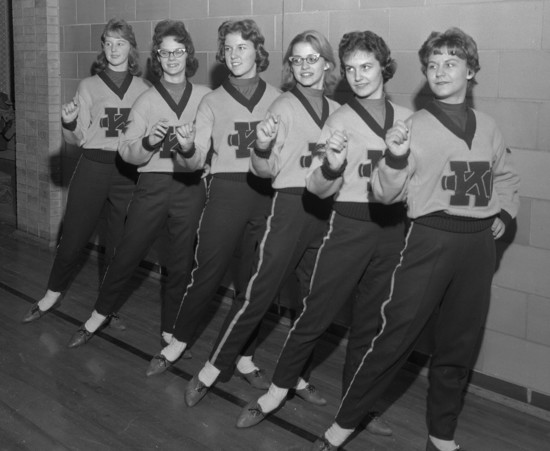 Diane Urhahn: "This is a picture of Thomas W. Kelly High School cheerleaders from the early '60s. Here is what I know of the ladies in the picture as one of them is my sister, Carol, and she graduated in 1963. From the left: Paula Seagraves McLain, Carol Ranson Messmer, Carol Halter Jugenheimer (my sister), Celeste Scherer (I don't know her married name now), Yvonne Hennemann McVay, and Rosie Tanner (I don't know her married name). This picture was sent to me by a friend, so I questioned both my sister and brother who graduated in 1962. I came behind in 1974. Hope this helps."

Kenneth Johnson: "The Kelly cheerleaders are from left to right: a girl named Segraves, Carol Ranson, Carol Halter, Celeste Scherer, Yvonne Henneman and Rosie Tanner. The year is about 1963 or 1964.

Beverly Pattengill Johnson, class of 1960: I checked with some of my Kelly friends and have confirmed the 1961-62 cheerleaders to be (from left): Paula Segraves, Carol Ranson, Carol Halter, Celeste Scherer, Yvonne Henneman and Rosie Tanner." 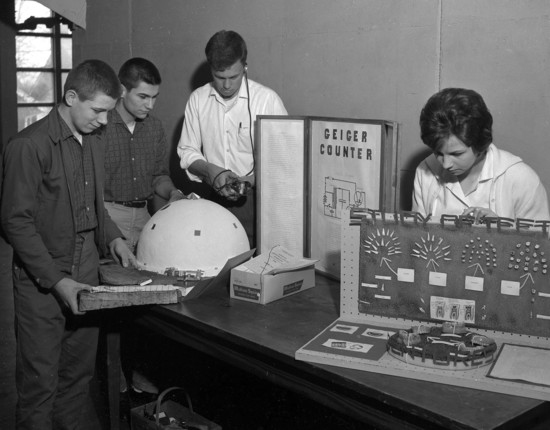 Jim and Phyllis Hansen identified two of the boys in Photo 2: "The two males on the left are Kirby and Ray Keller of near Gordonville. I think they went to College High."

LaVerne Levy spotted her brothers in photo #2: "The photo is of my brothers in front of a science fair project on Geiger counters with a man and a woman. Left to right are Kirby Keller, Ray Keller, unidentified man, and a woman Kirby thinks was from East Prairie, but he doesn't remember her name. I checked with both my brothers to verify this." 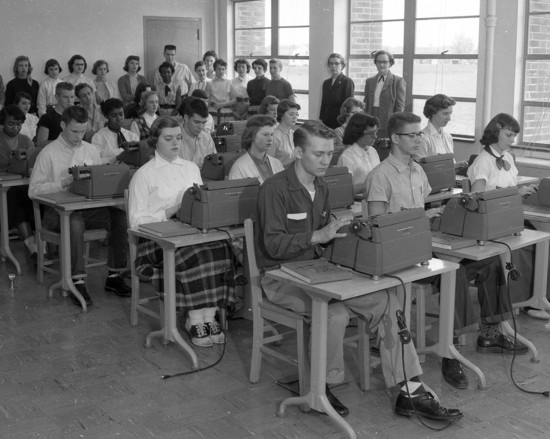 Jim and Phyllis Hansen also had some thoughts on this image: "Photo #6 was taken at Central High School with teacher Lucille Adams and Ms. Gockel. I cannot tell the year, but before 1964." 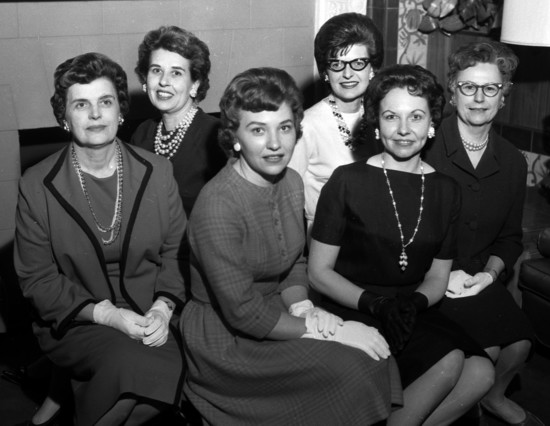 Jeff Landgraf: "The lady 3rd from the right is Marilyn Wilkening. The lady third from the left is Marilyn Landgraf. I think this photo is from Trinity Lutheran Church. They are both my aunt's." 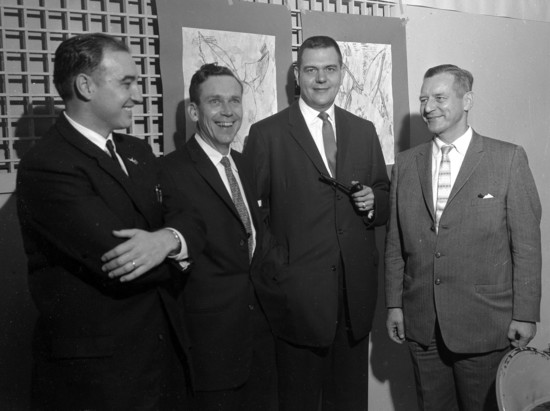 While we spotted Sen. Al Spradling Jr. in this picture, former Cape Girardeau attorney Gerald Johnson supplied the rest of the names: "Donald L. Dickerson, Cape Girardeau lawyer on left. Then Gov. Warren Hearnes. Then Sen. Al Spradling. Man on right I should know but do not. Dickerson still alive, rest are deceased. Probably meeting of Democrats the year Gov. Hearnes was first elected. I am old lawyer from Cape. Retired in 2006, moved to Houston, Texas, and married my high school sweetheart from Anna, Ill. Both graduated in 1952." 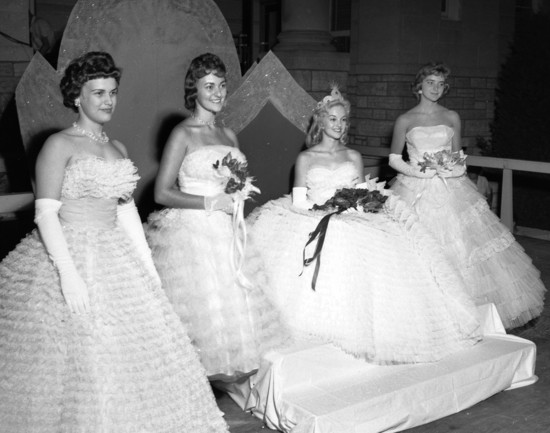 The picture was taken in front of the Cape Girardeau County Courthouse in Jackson, probably at Homecomers.

Elmer Schetter offered: "I think the queen is Lana Vickery from Chaffee."

Lana Vickery confirmed his belief: "That picture is a queen contest, but I don't know all the girls or even the contest. But I was the queen....Lana Vickery....Chaffee, Mo. Probably in 1960..." 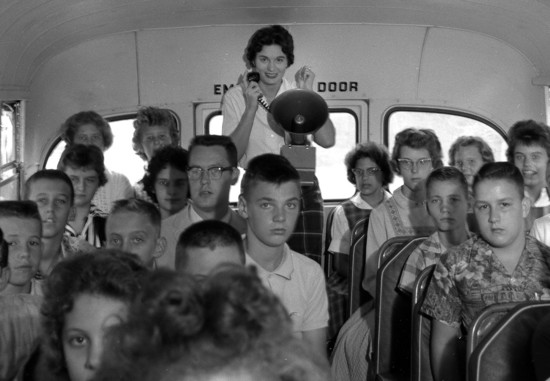 Ken Steinhoff provided his thoughts on Photo #7: "The photo taken on the bus might have been a Trinity Lutheran School tour. The man with the buzz cut looks like Allen Wehmeyer, seventh grade teacher at Trinity. Not positive about the spelling of his name off the top of my head.

The kids weren't my age, but I see some faces that look like younger brothers and sisters."

Marty Hente confirmed Steinhoff's ID: "In photo #7 of the gallery, I recognize the teacher with the flattop haircut and glasses as Mr. Weyhmeier (sp?) of Trinity School. I believe he taught 7th grade. I graduated in 1960, but I don't recognize any of the students."

(According to the 1958 City Directory, the proper spelling of the teacher's name was Allen K. Wehmeyer.)