Broadway then and now 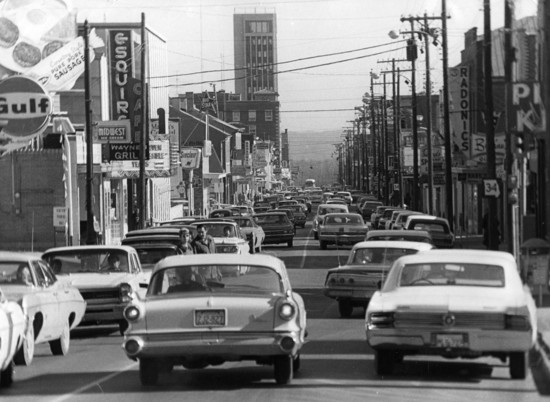 Saturation traffic in the downtown section of Broadway is often the rule, even during non-rush periods. The two-lane, two-way thoroughfare offers parking on both sides and congestion worsens as number of cars increases. Relief of the Broadway traffic situation remains one of the unfinished tasks facing the municipal administration. The view here is toward the east from the 800 block. (Southeast Missourian photo) 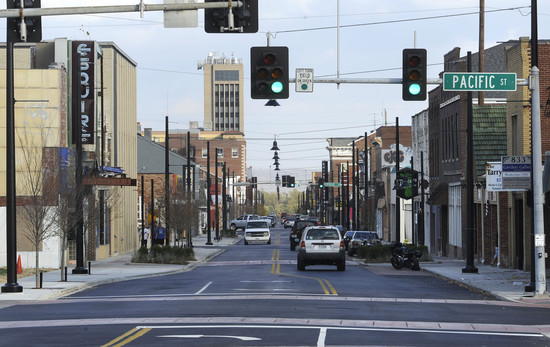