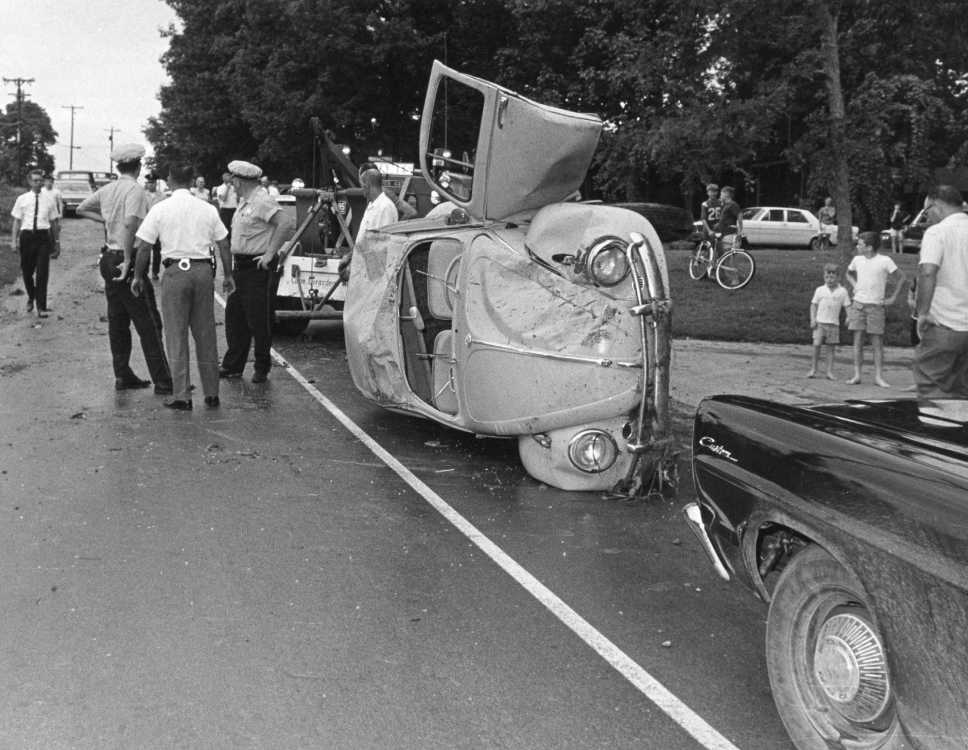 Police here prepare to have wreckage removed after a one-car crash on Perryville Road Tuesday which put Gordon L. McCarty, Route 1, in Southeast Missouri Hospital. McCarty was thrown from his small foreign vehicle after it slid out of control about 6:30 p.m. in the 1900 block. Police said the youth was not seriously injured.

A Cape Girardeau youth was injured here early Tuesday night when he was thrown from his small compact car as it overturned on rain-slick Perryville Road.

Witnesses reported McCarty's southbound car slid out of control in the 1900 block of Perryville Road, overturned and came to rest on its side.

McCarty was thrown from the car some distance back. The accident occurred about 6:30 p.m., police said.

(The accident happened at the intersection of Briarwood Drive.)