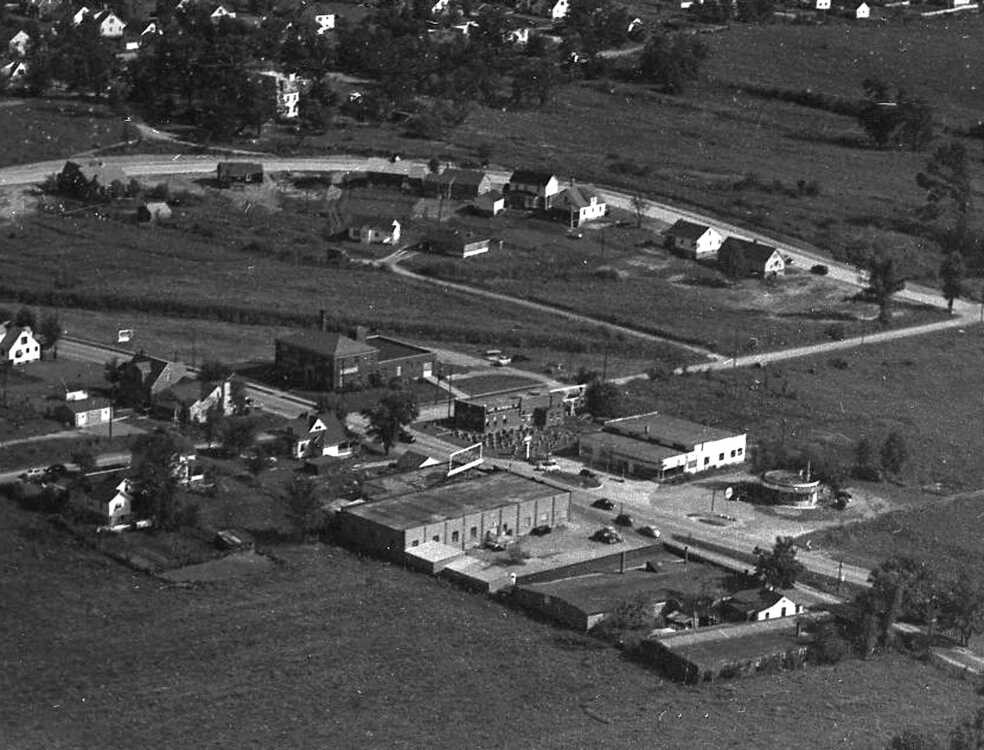 It also lists Pfister's Drive In at 2125 Broadway.

This undated aerial photo by G.D. Fronabarger shows Coca-Cola at the southeast corner of Broadway and Clark streets.

Pfister's is the round building on the right.

Between the two, the directory lists Cape Girardeau Memorial Co. at 2103.

The 1949 directory indicates the building next to Pfister's was the Campbell Nash Co., an automobile dealer.

The bottling plant opened on Broadway in 1941.

Read the history of the Coca-Cola Bottling Co. in Sharon Sanders' blog, From the Morgue.

Pfister's was located in a building that opened as the Park-N-Eat in 1940.

Read about the history of Pfister's in this previous blog.