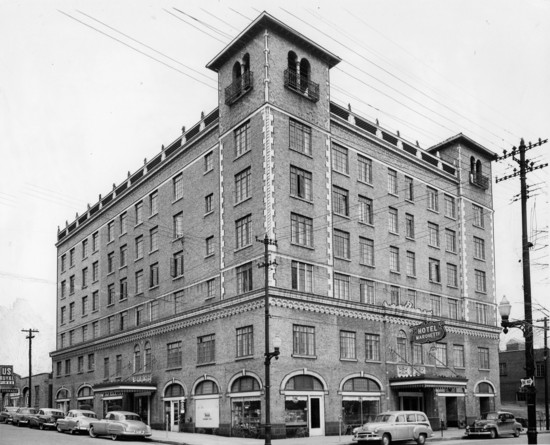 A contract for the new hotel was let in October 1927 to A.H. Gerhardt. The plans, drawn by Manske & Bartling, Inc., of St. Louis, called for a six-story, 80 room hotel. Space for several shops on the ground floor, as well as a lobby and dining room. The Marquette, named for Marquette Cement Mfg. Co. in recognition of that company's contributions to the community, was formally opened on Nov. 17, 1928.

William Berberich of the Berberich Co. of St. Louis took over the operation of the hotel in 1929, and in 1933 purchased it in a bankruptcy suit. The company later sold it to Thad Bullock. In 1971, the Missouri Division of Health closed down the hotel and Bullock placed it on the market in 1976.

The state of Missouri paid Prost Builders $2.39 million to lease offices on three floors for 10 years.

The Marquette Tower and Marquette Centre were sold in 2009 to G&S Holdings. (G.D. Fronabarger photo, 1951) 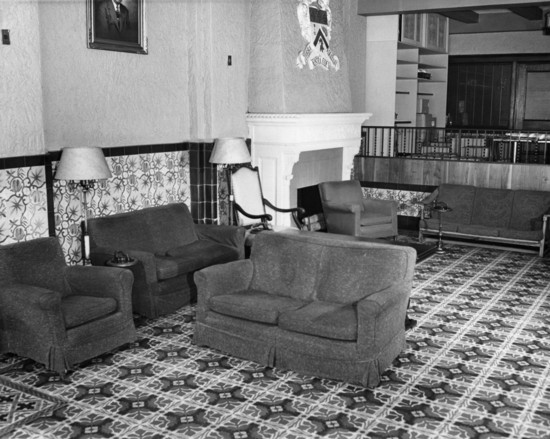 The lobby of the Hotel Marquette, circa 1950s.