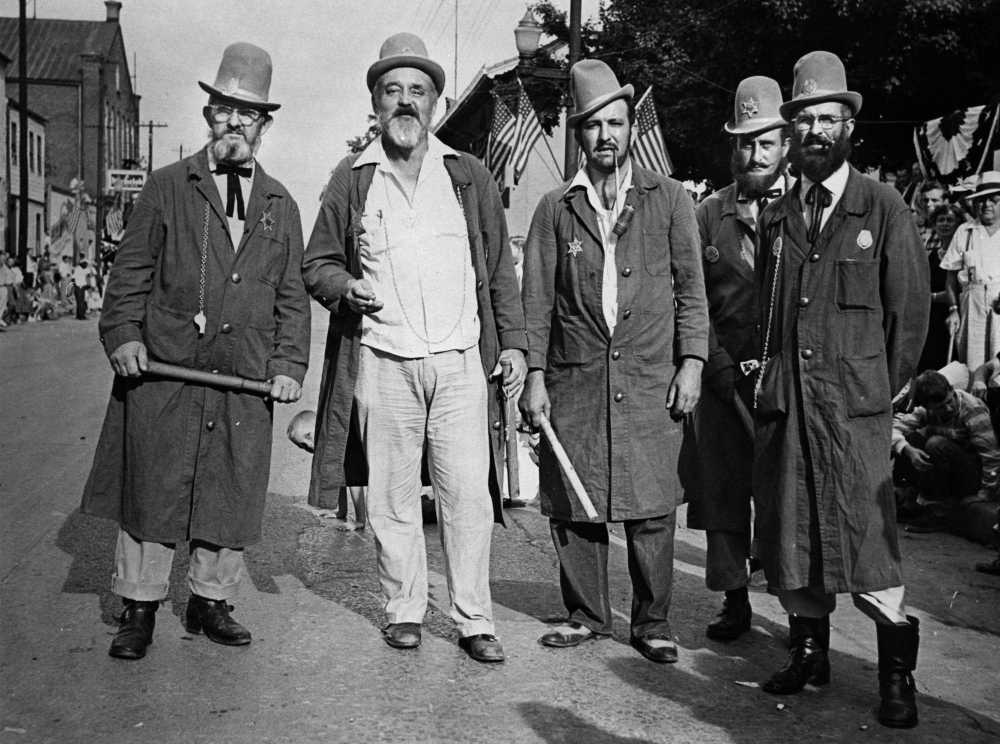 Policing Cape Girardeau during the 1956 sesquicentennial celebration were the Keystone Kops. Lined up on Broadway during the parade on Aug. 20 were, from left, Carl Turner, Charley Windisch, Senno "Butch" Schilling, Roy Smith and Max James.

The Keystone Kops would be called by the Brothers of the Brush to lock up men caught without beards. Chicken badges (shaving permits) for those who could not or would not grow beards cost $3. They were good for the full season but had to be worn at all times.

Those caught without beards or chicken badges were placed in the stockade by the Keystone Kops for 15 minutes, unless they bailed themselves out by begging 15 cents in pennies sooner.

Here are previous blogs with photos and stories of the Cape Girardeau Sesquicentennial:

Brothers of the Brush