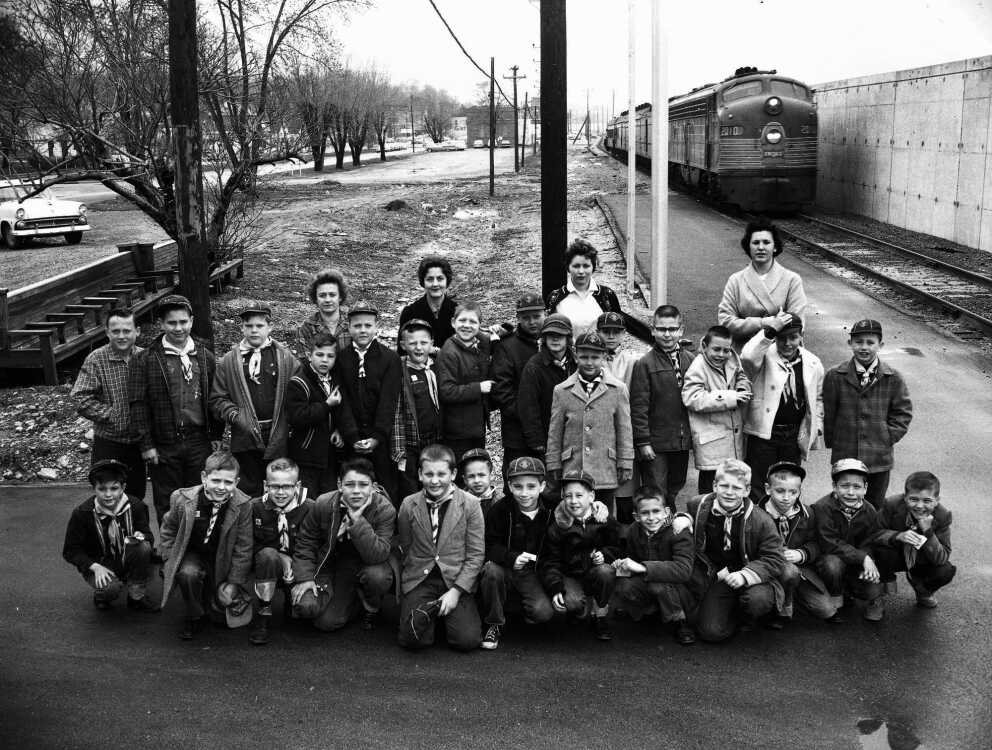 This is one of the last "first train ride" photos taken in Cape Girardeau.

The Frisco railroad closed the passenger depot, located north of the pumping station, seen in the background.

For a while passengers boarded the train from the freight depot which was to the south.

It was train ride time again Friday for another group of Cub Scouts, this one made up of 32 members of Pack 16 of Jefferson School. The group boarded a noon passenger train and went to Chaffee, where the children were met by cars and brought to Cape. Accompanying the youngsters were Mrs. Henry Umfleet, Mrs. Marvin Saub, Mrs. Stacy Gearing and Mrs. Paul Kesterson.