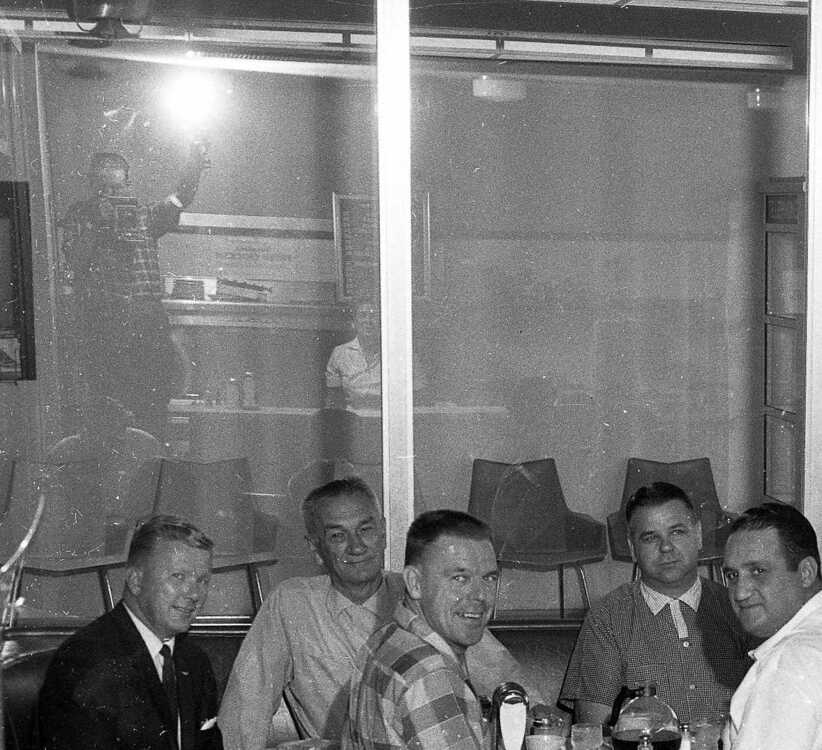 G.D. Fronabarger captured himself reflected in a window while take a picture of a group of people at Municipal Airport, in this undated photo. He took two photos. It might have been the airport board. 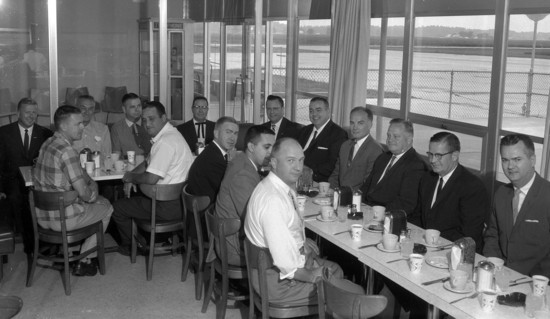