"Civilians can be bombed!" 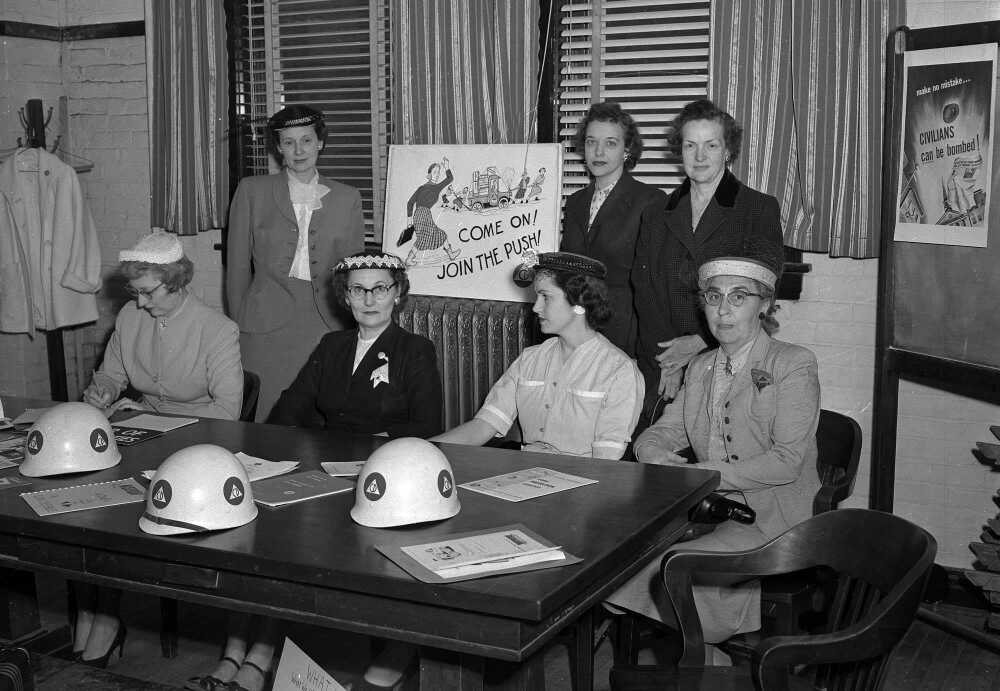 Cape Girardeau and The Missourian were selected because of the civil defense activity here and the accomplishments which had won it state and national attention. The section called attention to the necessity of being prepared in case of any emergency.

The chance of the average citizen in Cape Girardeau finding a suitable shelter from radiation fallout in case of a nuclear attack, unless he prepares his own home, is slim.

There are a number of basements with thick concrete walls that would protect sensitive human cells from the alpha and beta particles and gamma radiation which are released after a nuclear weapon is exploded.

But these basements have no supplies with which to preserve human life for a prescribed period of time.

This was pointed out by Vernon Auer, city Civil Defense director. "The basement at home would be the best place for residents to take shelter because they have supplies there--food, clothing, toilet facilities and so forth," he said.

Mr. Auer felt that any basement, however, would make a good shelter area. He mentioned apartment house basements, basements in commercial buildings around the city and even the underground quarry at the Federal Materials Co., on South Sprigg Street Road. "Any hiding place with few exposures would be good," he added. "Any basement will give a limited amount of protection."

He named the Common Pleas courthouse, and the postoffice as strongly built structures that would probably be good buildings in which to take shelter.

Mr. Auer, who is also commander of the 9548th Air Reserve Recovery Squadron, showed doubt about the public's attitude in connection with an all out attack on this country.

"If we had an attack right now, I don't think most people would know what to do," the veteran of World War II said. "Those who know the dangers and hadn't made preparation would probably panic."

A major in the Air Reserve, Mr. Auer feels that the events following a nuclear attack are so unpredictable that anything could happen.

He noted that the Air Force is concerned about how reservists would react, and if they could be depended upon to leave their families, if in danger, to carry out their military duties.

L. J. Schultz, superintendent of schools, said that the city's schools weren't built with shelter from radioactive fallout in mind.

He noted that Central High School, Junior High School and Lorimier School have large basements which would accommodate the students, but pointed out too that Jefferson and Alma Schrader schools don't have basements at all.

In other schools, basements exist, but they're not big enough to hold the student body, he said. Regular fire and tornado drills are held, Mr. Schultz said, with the students lining up in the first floor corridors.

If the city is alerted to a nuclear attack, schools are instructed to send their children straight home. Mr. Schultz feels this plan is good because the parents would want to be with their children in case of a disaster anyway. Time probably would permit this evacuation.

Gov. James Dalton announced recently that the Missouri Civil Defense Agency will work closely with the U.S. Corps of Engineers in a program of surveying all public buildings in larger Missouri cities to determine shelter capabilities. However, the local office of the Corps of Engineers has no information about the plan.

The governor also was quoted in news dispatches as saying he would ask mayors of Missouri cities to provide a list of available public buildings for fallout shelters. Mayor Walter H. Ford said he had received no request for such information.

Allen Robinson, manager of the Chamber of Commerce, said the Chamber would be happy to cooperate with the city if a committee was formed to determine fallout shelter space available in public and private buildings.

The Chamber of Commerce of the United States has urged cooperation of local chambers and businessmen generally with a Defense Department survey of public and private space about December 1.

Bob Eckelmann, who heads the Auxiliary Police united which concerns itself largely with Civil Defense work, said that no late information has been received from state headquarters about the marking or supplying of public and private shelter space.