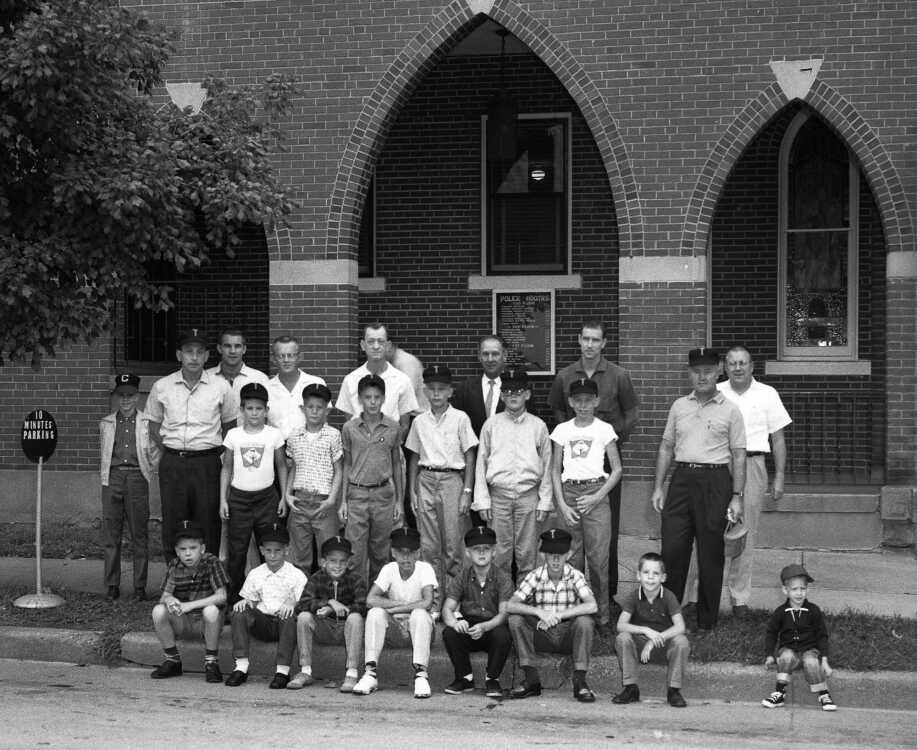 Little Leaguers saw the big leaguers Sunday when members of the Tiger baseball team of the American division of the local Little League were taken to St. Louis under the sponsorship of the police department. They saw the Cardinals game at Busch Stadium. Police provided the tickets and parents of the youngsters and members of the department provided cars for transportation. The youngsters are shown at Cape police headquarters just before they made the trip. (Aug. 22, 1960 Southeast Missourian, G.D. Fronabarger photo)