Boat Races on the Mississippi 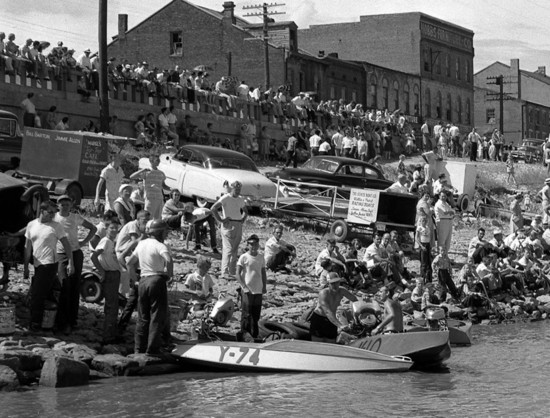 G.D. Fronabarger shot these undated photos possibly in the 1950s.

Boat races on the Mississippi River at Cape Girardeau dated back to 1936. Members of the Junior Chamber of Commerce Yacht Club sponsored races on Labor Day that year.

Pilot, Thrown from Boat During Race, is Rescued from Drowning

With 15 boats entered and a crowd estimate at more than 4,000 looking on, a group of Girardeans Sunday afternoon sponsored a series of motorboat races on the Mississippi River. The pleasantness of the event came near being marred when Harry Seidler, 28, of Chester, Ill., was thrown into the river near the traffic bridge in making a turn with his boat during a race. Seidler, who cannot swim, went down in 12 feet of water. He had neglected to strap on a safety belt before the race.

Albert Hoppe, 30, of St. Louis, who was here for some exhibition piloting, was 75 yards away. He turned his craft about and after cutting his motor out dove into the water. Hoppe luckily found Siedler at once, on the bottom of the river.

He pulled him to the surface, the two were taken to the Missouri store in another boat, and the pilot revived quickly. Seidler cannot swim at all, and soon went down after falling from his small boat.

Cape Girardeau's first boat races of the season will be held Sunday afternoon at 4:30 o'clock on the Mississippi River, sponsored by local boat owners who were members of the Cape Girardeau Yacht Club last summer and of which E. French Gallagher is commodore.

Already definitely arranged are two events, and several of the local boatmen will go to Chester, Ill. Thursday in an effort to interest racing boat owners there in bringing down a number of their craft for an additional event. Merchandise prizes are to be awarded the first and second place winners.

One of the events will be a free for all race, and this will be staged first over a 2-mile course from south of Cape Rock to near the traffic bridge. The second will be a race for time record. There is no official record for Cape Girardeau motorboat racing and an effort will be made to establish a speed time record in the event Sunday afternoon.

There will be many fast boats on the river, both inboards and outboards. Last summer when a race was sponsored by the yacht club, several hundred persons witnessed the event. 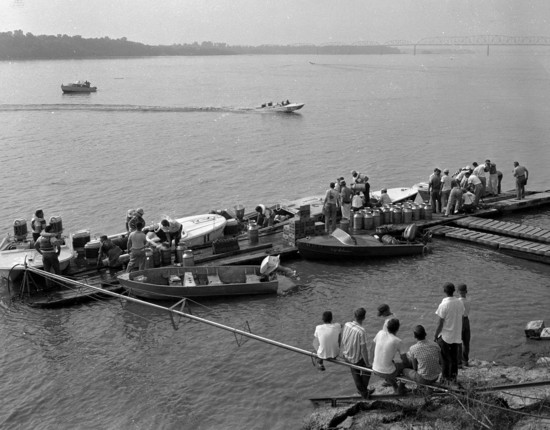 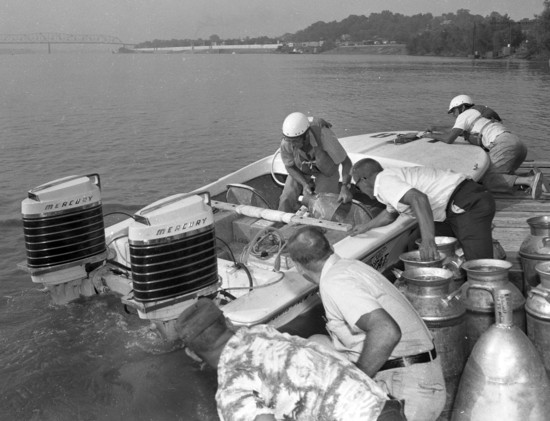 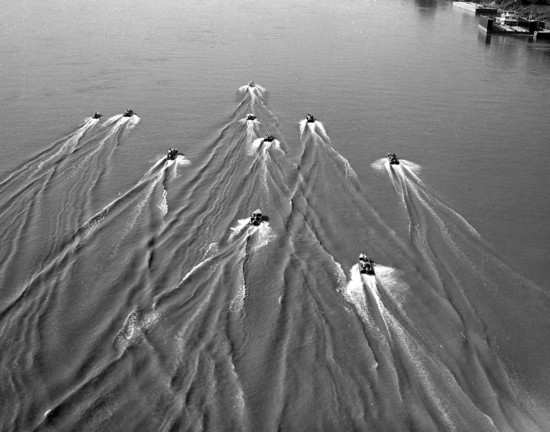