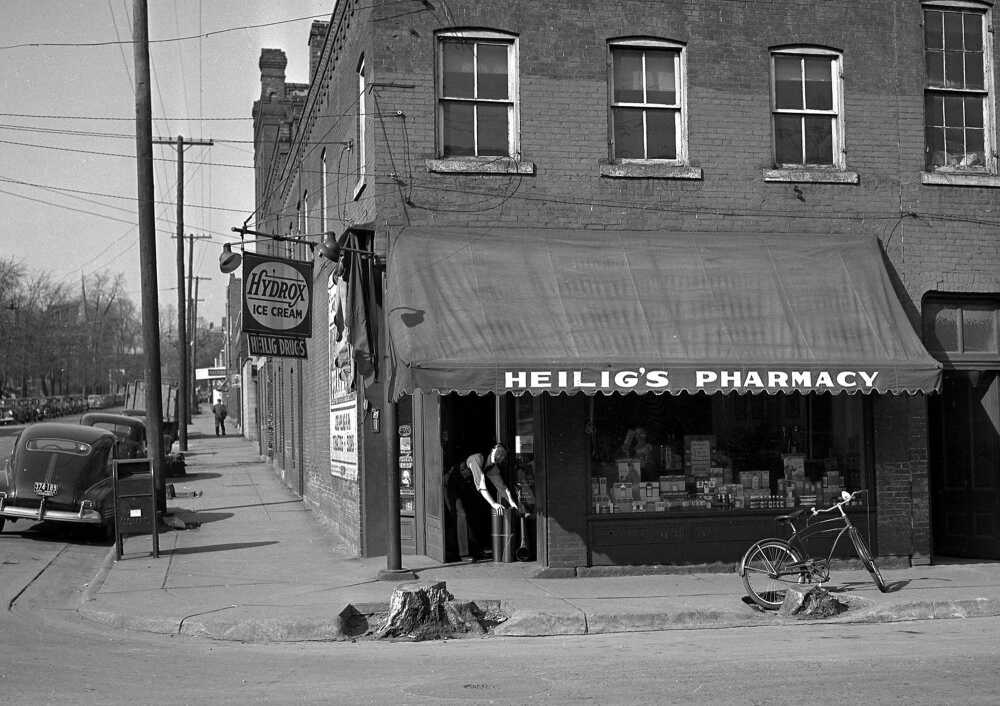 Circa 1945, Joe Heilig is seen in the doorway of his pharmacy at 120 Independence in Cape Girardeau. (G.D. Fronabarger photo)

Formal opening of Heilig's Pharmacy, 120 Independence, will be held Saturday. The establishment, formerly known as the City Drug Store, is owned and managed by Joe Heilig, former clerk at the Dormeyer West-end and Kilgore Drug Stores on West Broadway. The interior of the place has been remodeled and redecorated and some new furnishings installed.

An extensive readjustment of business locations in the Independence street area of the Main street business district has had its beginning with the start of construction of a warehouse building and demolition of a Spanish street structure which will eventually pave way for enlargement of the F.W. Woolworth store.

Work is already underway on the project, which involves six business firms in a rectangular section owned by the Houck interests.

Two firms have moved to make way for the program, and two others expect to be in new quarters in mid-September or shortly thereafter. The Sullivan Bros. Cleaners, formerly at 18 North Spanish street, have moved to 108 South Spanish street and the concrete block building it formerly occupied has been razed to make way for the warehouse construction.

The J.A. Heilig Pharmacy on the northeast corner of Independence and Spanish streets will move to a location in a new building recently built on a long-vacant lot on the south side of the 100 block of Independence.