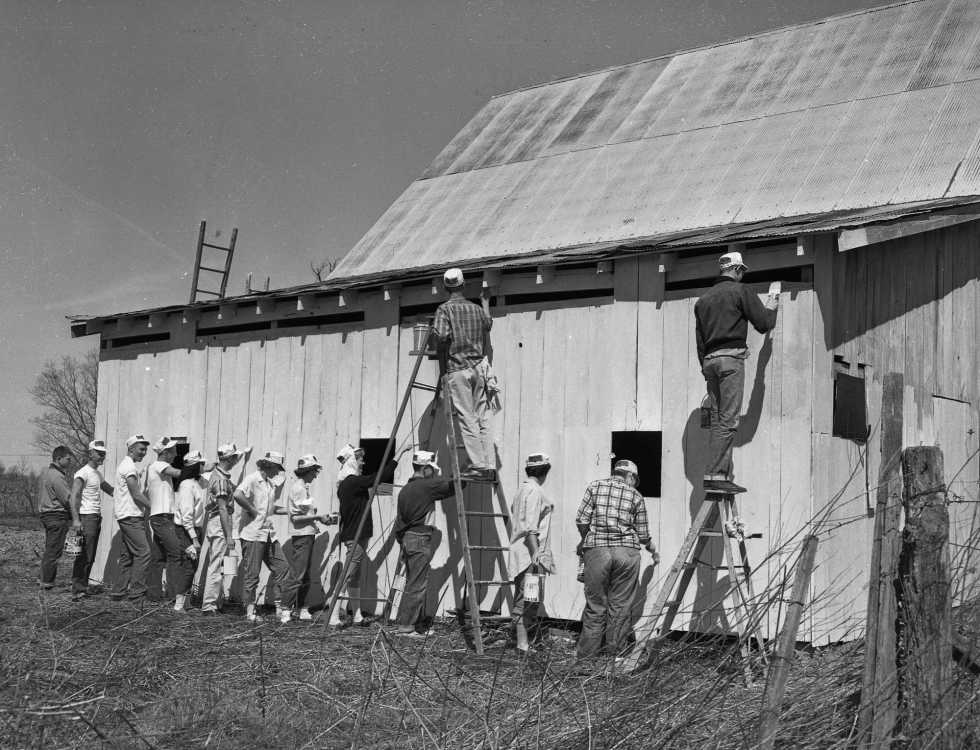 Earning their fare. These members of the senior class at State College Campus High School turn painters as they earn money towards paying for a class trip they expect to take May 15 to 21 to the Gulf coast. The class is shown here painting a barn for Jim Green on Cape Rock Drive on Saturday. The group has to raise around $1400 to pay for the trip, much of which has been accounted for through various projects during the school year, but about $300 more is needed. Class sponsors are Miss Bernice Warren and Joe Uhls, who, with 35 seniors will make the trip. From the left pupils shown are Bill Ownby, Jim Riehn, Bob Little, Bob Cannon, Carolyn Dunning, Toby Ward, Carolyn Randol, Barbara Crites, Pauline Ravenstein, Milo Goodpasture, Charles Sander, Barbara Green, Janet Reimann and Jerry Schwab. (G.D. Fronabarger photo)