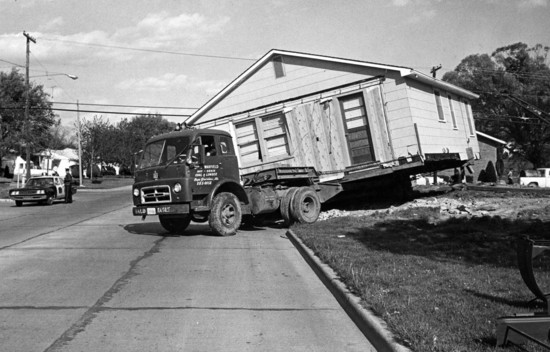 The rear wheels on the support frame under this house became stuck in the ground Wednesday afternoon and caused the house to tilt on William at Sheridan, partly blocking the thoroughfare. The structure was being moved to South Sprigg Street, but the move will be delayed. (Don Kremer Studio photo)

Workmen successfully moved this house from William and Sheridan streets Friday after wheels beneath a support frame became stuck when the move was tried Wednesday. The structure partially blocked William St. Thursday morning but was moved back onto the lot to wait until after the Sen. Robert F. Kennedy visit. It is southbound here at South Frederick and Good Hope, headed for South Sprigg Street. Alternate routes were taken because of traffic. (Southeast Missourian photo) 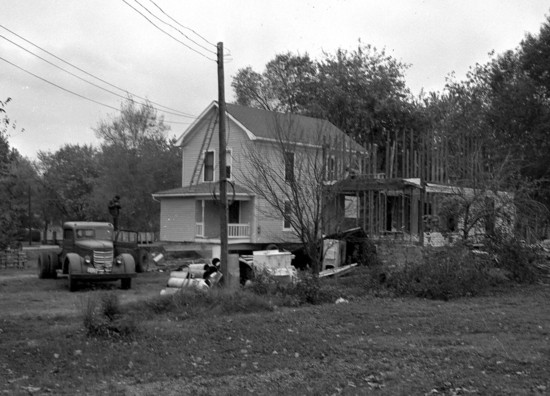 This two-story frame residence is in the process of being moved from a site on South Boulevard opposite Sunny Hill restaurant, where Farmers & Merchants Bank soon will erect a walk-up, drive-in facility for limited bank service. Another house, as seen in the photo, is being razed to make way for the facility. The frame residence being moved was purchased by Jess Johnston and will be moved to a location on Merriwether and Henderson. (G.D. Fronabarger photo)