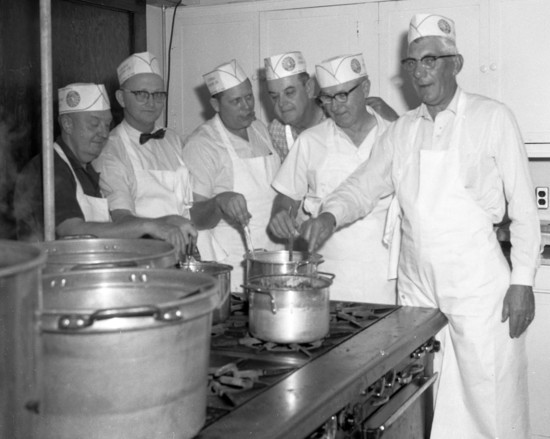 Here is a rare picture of G.D. Fronabarger, who is posing in the center of chili cooks at a Kiwanis Chili Day at the Arena Building. He was a member of the Kiwanis Club. A club member possibly took the photo after asking Frony to get in the picture. It appears that he stepped behind the group that he assembled for the photo. Both photos are undated but probably taken in the late 1950s or early 1960s. 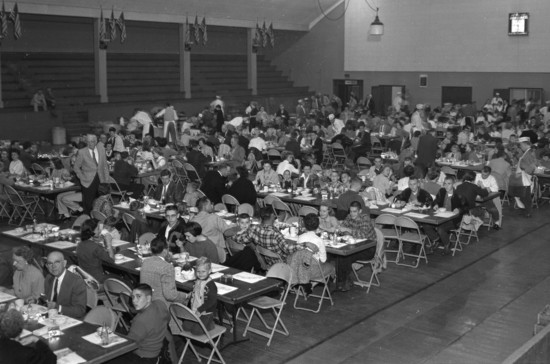