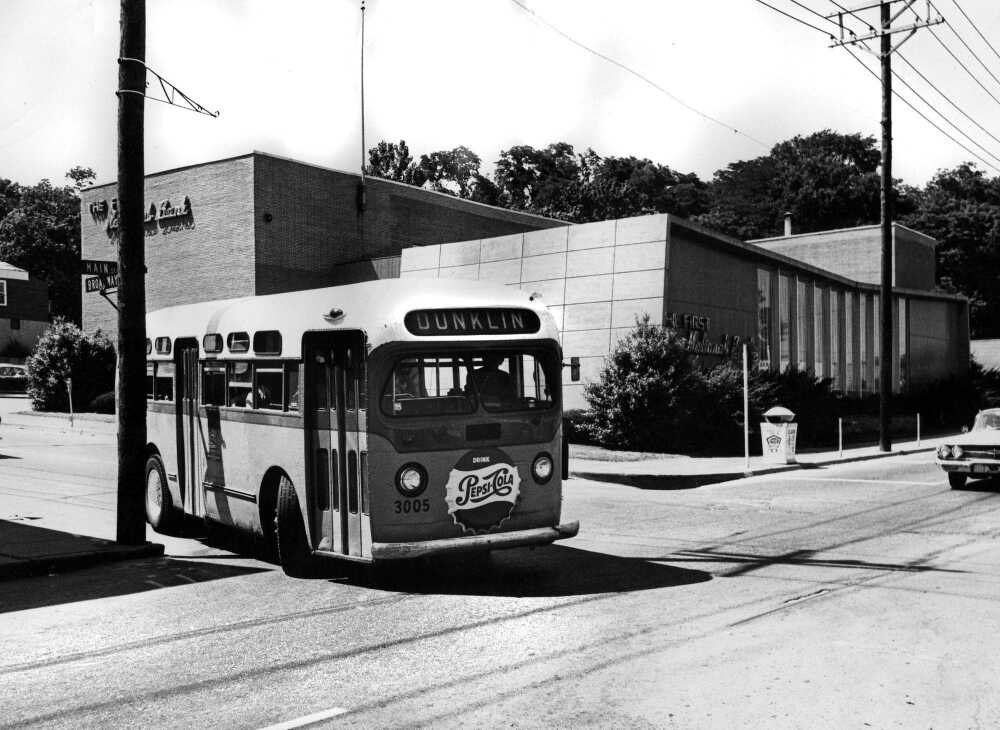 This bus made a last run in Cape Girardeau in 1969 at Broadway and Main Street. Cape Transit Co. took its buses off Cape Girardeau streets in mid-1969 because of lack of passengers, the same reason street cars stopped running here. Bus service began in 1941 and ended May 31, 1969. (Southeast Missourian archive)

This previous blog has a picture of a Smelterville transit bus stopped at Broadway and Lorimier Street.

This previous blog has picture of the bus garage at 425 Good Hope St.

This previous blog has a picture of a trolley car operating at Broadway and Main.