Broadway torn up, then and now 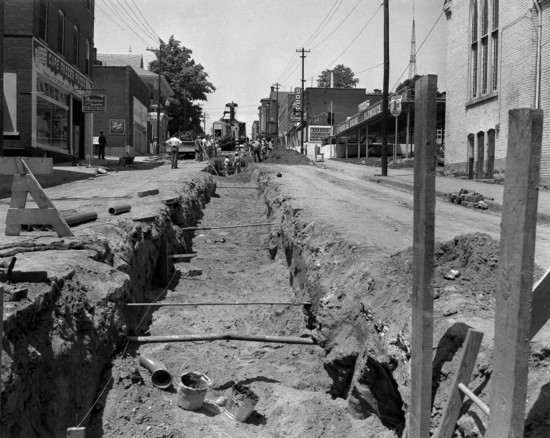 Mammoth trench made up Broadway hill for installation of the big storm water sewer line. This is looking west up Broadway, toward Lorimier street. In this area the concrete pipe had been put down, and some dirt heaved back on it. Old street car line and concrete had been hammered up and removed first. Water intakes will be at Broadway and Lorimier. The pressure system will channel water into the river. It is a part of the flood control project. (G.D. Fronabarger photo) 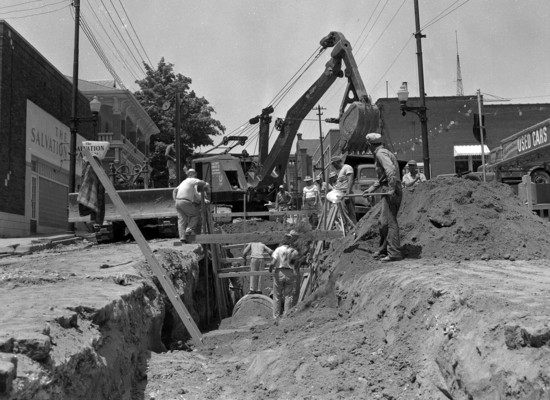 The Salvation Army building is at left. Behind it is the Chamber of Commerce building. 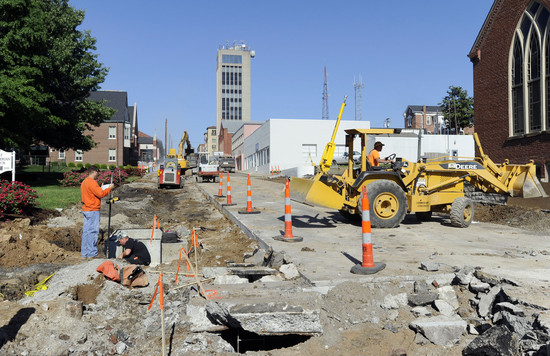 Crews work in the 200 block of Broadway which is closed to traffic for construction of the $4.5 million Broadway corridor project. The closure is the first of several along Broadway as Fronabarger Concreters move the project westward to Pacific Street.

City leaders tout the project as a streetscape "promenade" that they say will be a major improvement to precede the completion of the $125 million casino under construction just a few blocks away down Main Street.

Here is a previous blog about Cape Frozen Foods, at left in top photo.

Here is a previous blog about Harris Motor Car Co., at right in top photo.