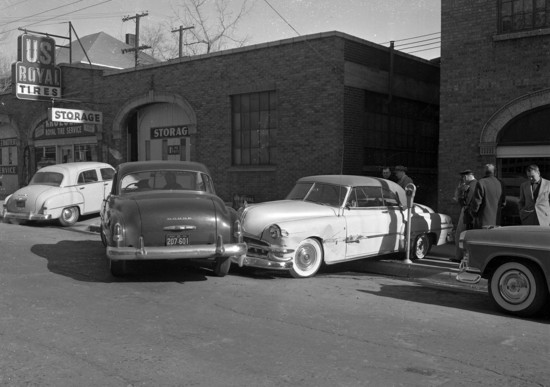 G.D. Fronabarger was known as One-Shot with his 4x5 Speed Graphic. Sometimes he shot both sides of a film holder as he did at this automobile accident. It happened on Fountain Street just north of Broadway, one block away from the Southeast Missourian sometime in the 1950s. 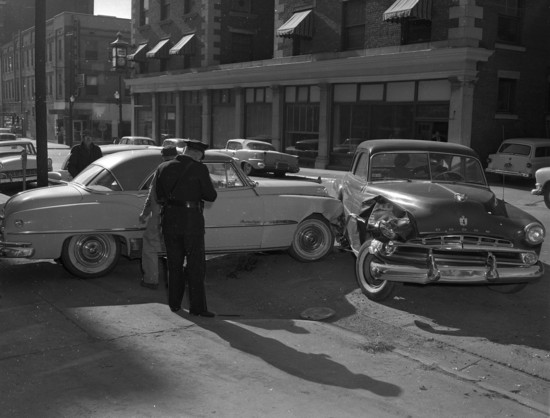