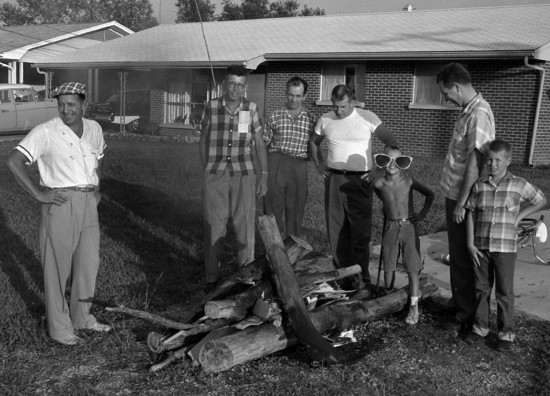 Neighbors on Janet Street pose for a picture at a family block party that Frony photographed for the Aug. 22, 1960 Southeast Missourian.

Neighborliness is spreading fast in Cape Girardeau and residents, among them many newcomers to the city, are joining in block, or street, parties to get acquainted. Another such party was held Sunday evening on Janet street in the northwestern part of the city where two years ago there was only the broad expanse of fields. 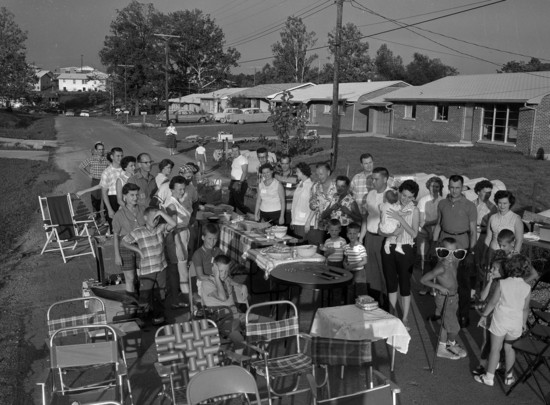