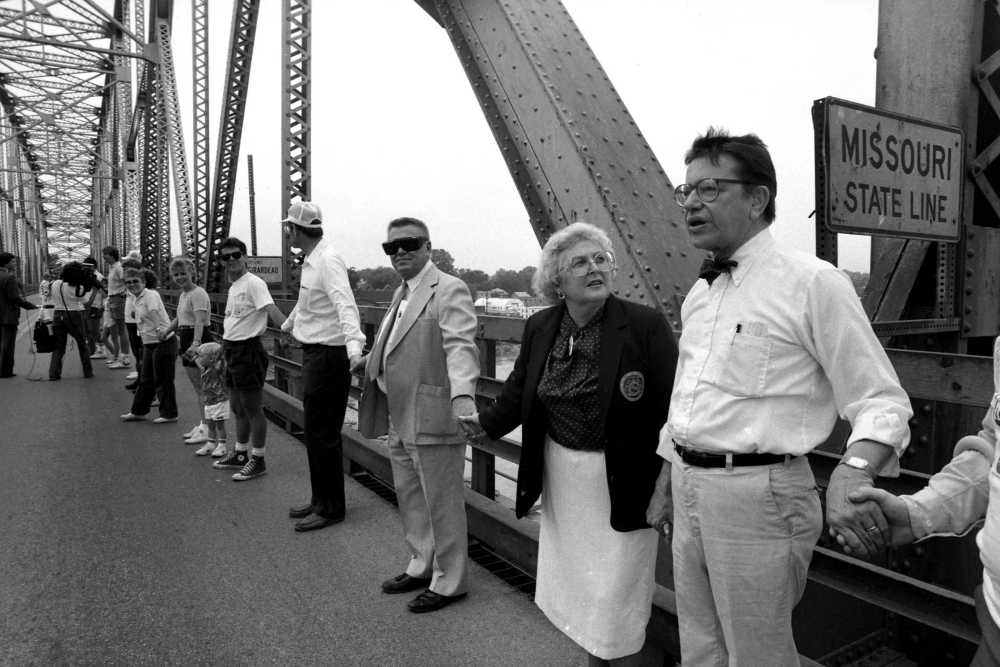 On Sunday, May 25, 1986 about 6.5 million people held hands across the United States in a human chain for fifteen minutes in an event intended to raise money to fight hunger and homelessness. Participants were asked to pledge $10 each. The event raised $34 million.

Hands across the bridge

Missouri and Illinois were linked on the Mississippi River bridge Sunday as a part of "Hands Across America" activities. Here, Illinois Sen. Paul Simon, right, joins hands with Missouri State Rep. Mary Kasten at the Missouri-Illinois line on the bridge. Standing next to Mrs. Kasten is her husband, Dr. Melvin Kasten. (Fred Lynch photo)

According to a story that day, more than 42,000 people made up the human chain through Cape Girardeau County, which extended from the Perry County line to the Mississippi River bridge.

An estimated 220,000 Missourians participated in the massive handholding event along the 170-mile stretch from the Mississippi River bridge at Alton, Ill. to the bridge at Cape Girardeau.

Organizers said about 84 percent of the line was covered, with gaps in four rural counties. Participants in Ste. Genevieve and Perry counties had to contend with high water and mud, officials said.