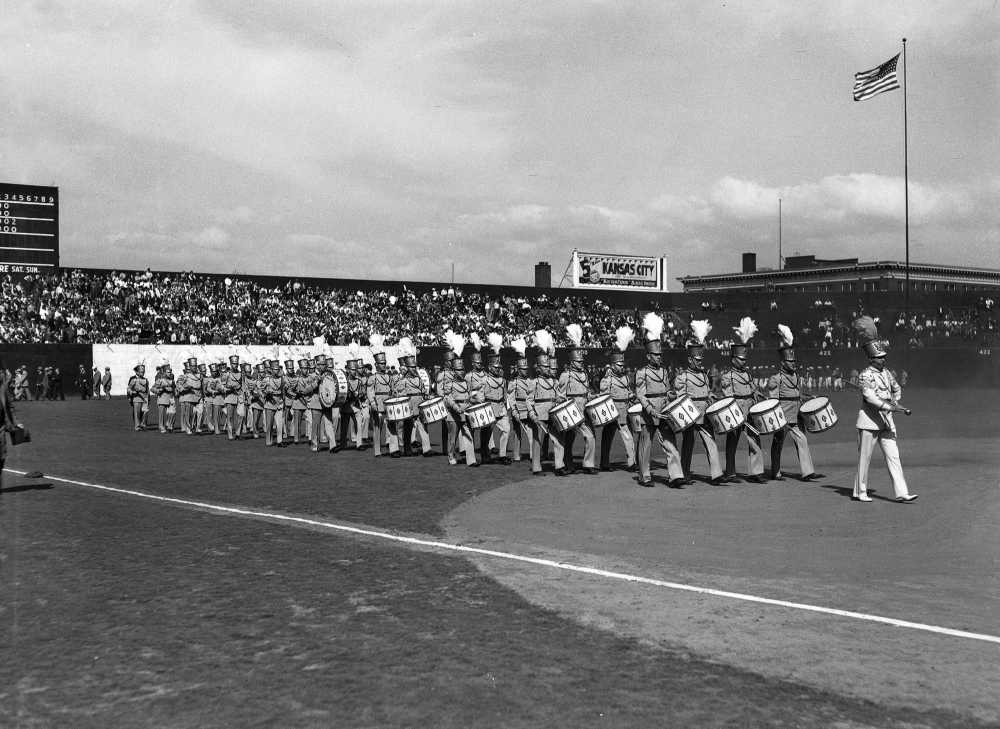 The eyes of thousands were upon the American Legion Drum & Bugle Corps of Cape Girardeau as it paraded on the ball field at Sportsman's Park in St. Louis Friday afternoon, April 23, 1937 in ceremonies marking the formal opening of the St. Louis Cardinals' 1937 season. The crowd in the bleachers is visible in the picture as is a portion of the scoreboard in left field so familiar to those who attend games in the St. Louis Park. (G.D. Fronabarger photo)

In this previous blog, the Golden Troopers march past Gen. Douglas MacArthur in 1951.