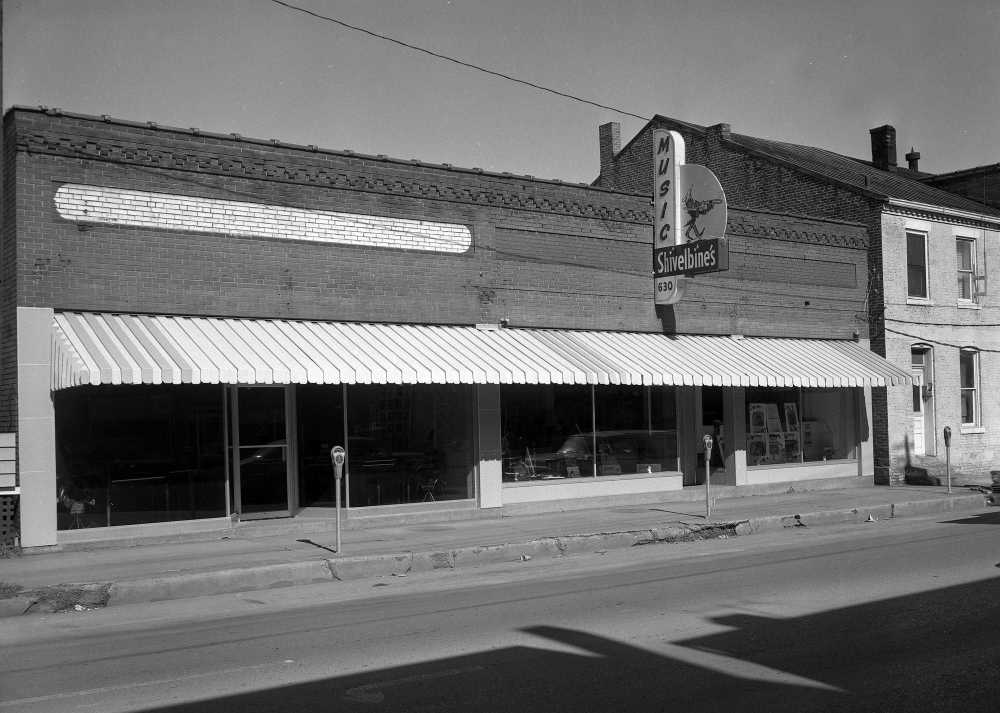 Shivelbine's Has a New Look Up Front

Shivelbine's is now located at 535 Broadway.

From "Out of the Past"

R.F. "Peg" Meyer and William Shivelbine announce the purchase of St. Louis Band Instrument Co. store, 630 Broadway, of which Meyer has been manager for 12 years; the name of the concern will be changed to M. & S. Music Co., and it will continue to handle Conn musical instruments and accessories of all types; Meyer established the store for the company in 1935, having been employed by the St. Louis firm since 1929 as a salesman; Shivelbine was director of instrument music for 15 years at Central High School, director of the Municipal Band for a similar period, was formerly organist at the Broadway and other theaters and is now organist at the Presbyterian church.

Sale of his interest in M. & S. Music Co., 628-630 Broadway, to Leland J. Shivelbine was announced yesterday by R.F. "Peg" Meyer; Meyer, who has been at location for 15 years, says he is going to rest for two months, and his plans after that are indefinite; store was opened Feb. 15, 1934, and for 13 years Meyer managed it for St. Louis Band Instrument Co.; for more than two years, Meyer and W.A. Shivelbine, father of Leland Shivelbine, have owned business.

William L. Shivelbine became a partner with his brother in the business.

Transaction is announced involving one of city's oldest parcels of real estate, portion of it dating back to Civil War days; Charles W. Bauerle has sold three-story building at southeast corner of Broadway and Frederick, now occupied by Cape Ace Hardware, to William L. and Leland J. Shivelbine of Shivelbine Music Co.; originally, corner portion of property was developed and served as small hotel; at this time, the music company was in two locations: 630 Broadway, which housed its retail store, and 640 Broadway, which housed an electronic service section.

Passerby who notices flames inside Shivelbine's Music Store, 535 Broadway, saves establishment from what could have been major blaze; authorities say small chord organ near front of store apparently shorted and caused it to burst into flames.