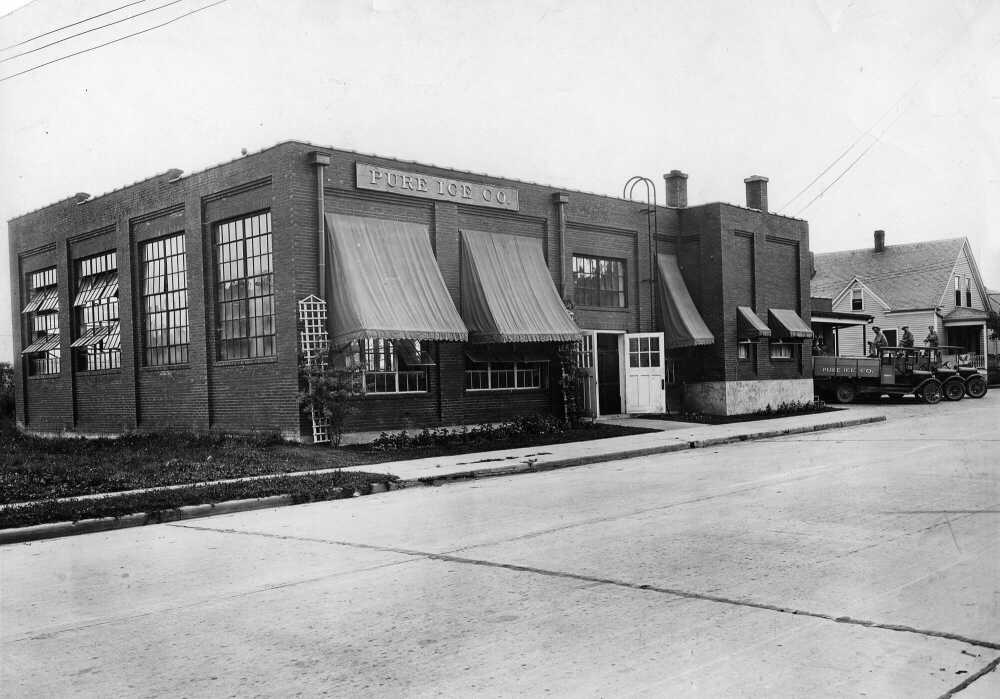 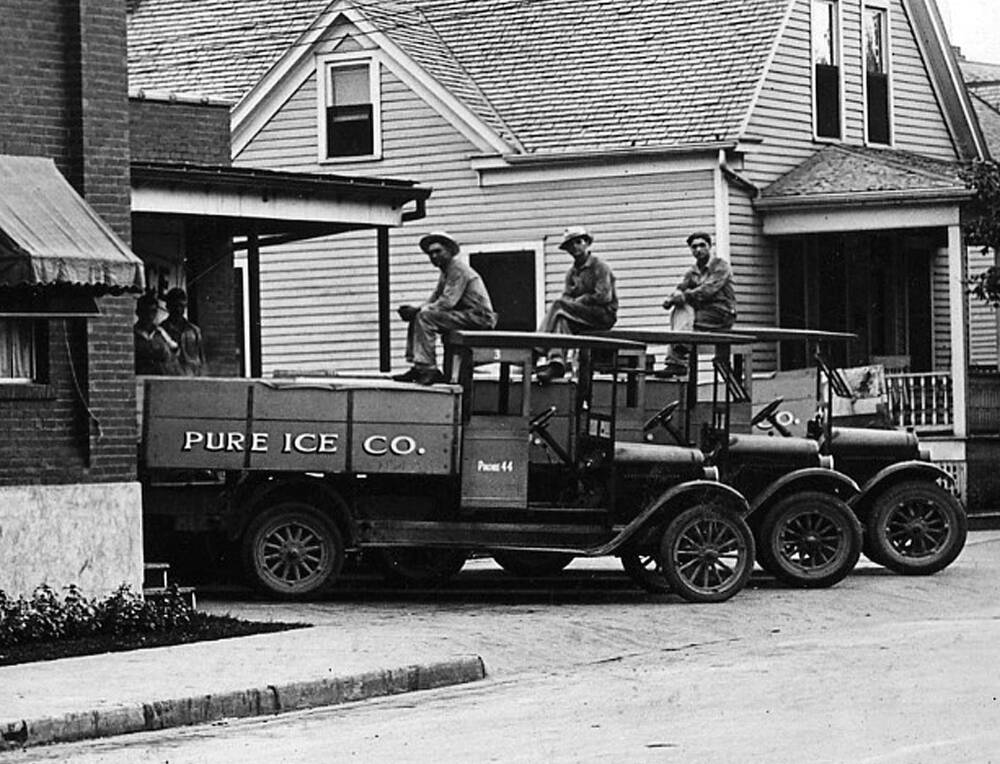 On May 26, 1926, Homer K. Dean established Pure Ice Co., at 314 S. Ellis Street in Cape Girardeau. Dean started delivering ice the very next day to some businesses, but mainly to residential customers. At the time, Pure Ice was one of about four ice plants located within the city. Blocks of ice were used in ice boxes or food coolers. Around 1939, W. Dean Vandiver became co-owner of the company. When refrigerators came about, Pure Ice sold Coolerator ice boxes, but did not market them as refrigerators. The company offered a $5 trade-in allowance for the wooden ice boxes, when a customer purchased a Coolerator. By the 1960s, with refrigerators so popular, the need for ice-block delivery had stopped. This allowed Pure Ice Co. to expand by purchasing several smaller ice companies in the area, and later it would become the only ice plant in Southeast Missouri. In 1964 Austin G. Harter purchased the company from Dean and Vandiver. Pure Ice continues to supply ice to a variety of businesses. Ice is sold to concrete companies to put into concrete mixes so the concrete will not set too fast in the heat. It is used to build roads, bridges and buildings. Today, the business is owned by Harter's sons Glennon and Richard. The company has been in business for 80 years.

1926 Pure Ice Co. was established by H.K. Dean at 314 S. Ellis St. (Dean's son, James R. Dean, along with his sister and brother-in-law -- Helen and Dean Vandiver-- gradually assumed ownership of the company through stock transfers.)

Aug. 25, 1947 Jim Dean, manager of Pure Ice Co., said ice rationing program had been put into effect at platforms of both its plants, and that they would be closed at night to platform sales in order to aid in alleviating acute ice shortage in Cape Girardeau; rationing would continue until heat wave breaks and there was enough ice to supply all customers; customer was restricted to purchase of just 25 pounds of ice.

Oct. 25, 1947 Excavation for foundation of 48-by-106 foot addition to Pure Ice Co. plant, 314 S. Ellis, will be started next week; to be one-story brick structure, annex will adjoin rear of plant, and will be used to house ice manufacturing machinery now in Plant No. 2 at 618 N. Main and for storage; Main Street plant will be sold.

Aug. 1, 1952 Daring robber used an ice pick to hold up the night attendant at Pure Ice Co., 314 S. Ellis, early in the morning, forcing him to turn over about $47 from the cash register; police captured the bandit in taxicab at the west approach to the traffic bridge shortly afterward; Herman W. Musgrave, night engineer, was uninjured.

Aug. 12, 1955 Blocks of ice were shattered and scattered over the street, and rush hour traffic was slowed for almost an hour in the morning when an automobile entering Broadway from Perry Avenue struck a Pure Ice Co. truck, which overturned crosswise in the street, spilling its cargo; no one was injured in the accident, which quickly brought numerous spectators to the area.

1976 Brothers Richard and Glen Harter purchased the business from their father.

Here is the Southeast Missourian "Talking Shop" story with Glennon Harter from April 20, 2009.

Ken Steinhoff has recent pictures he took of the building with the story of Pure Ice Co. being sold to Home City Ice. Comments include one from Rich Harter confirming sale of the company.