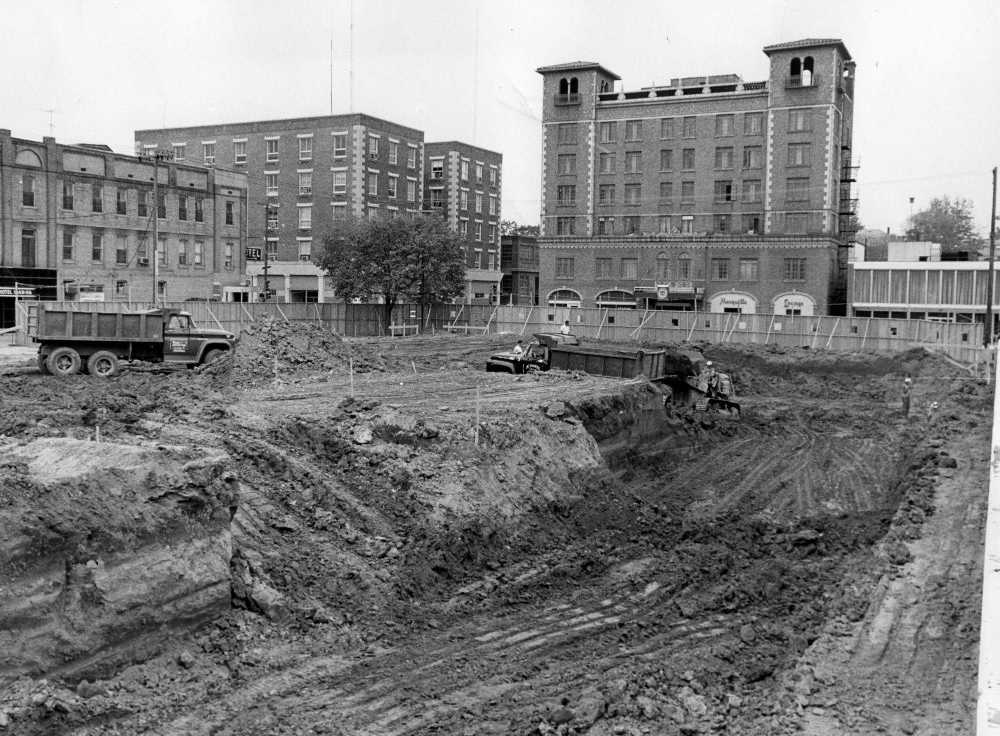 This picture taken April 25, 1967 shows the Federal Building construction site at the southeast corner of Broadway and Fountain Street. This view faces Broadway.

The Marquette Hotel is the tallest building on the corner, at right. At left is the Idan-Ha Hotel. The Himmelberger-Harrison Building is between them.

The United States first established postal service in Cape Girardeau in 1805. Using numerous other buildings at various times, a new post office/federal building was opened at the southeast corner of Fountain Street and Broadway in 1910. Built in a massive Second Renaissance Revival style, newspaper articles of the time revealed the stately building cost around $98,000, with another $10,000 for furnishings and fixtures, and $18,000 for the land upon which it stood, bringing the total to about $126,000. The post office served the city well for many years, and it complemented the other large buildings at the same corner: The Idan-Ha Hotel, the Marquette Hotel and the H&H Building. Despite pleas by concerned Girardeans to save it, the old post office was razed in 1967, a process that took much longer than planned because of the building's sturdy construction, and the present federal courthouse rose in its place.

The building is now vacant. It was replaced by the new Rush Hudson Limbaugh Sr. U.S. Courthouse which was dedicated Oct. 6, 2008.

Here is a previous blog about the same site in 1909 when the original federal building was under construction.