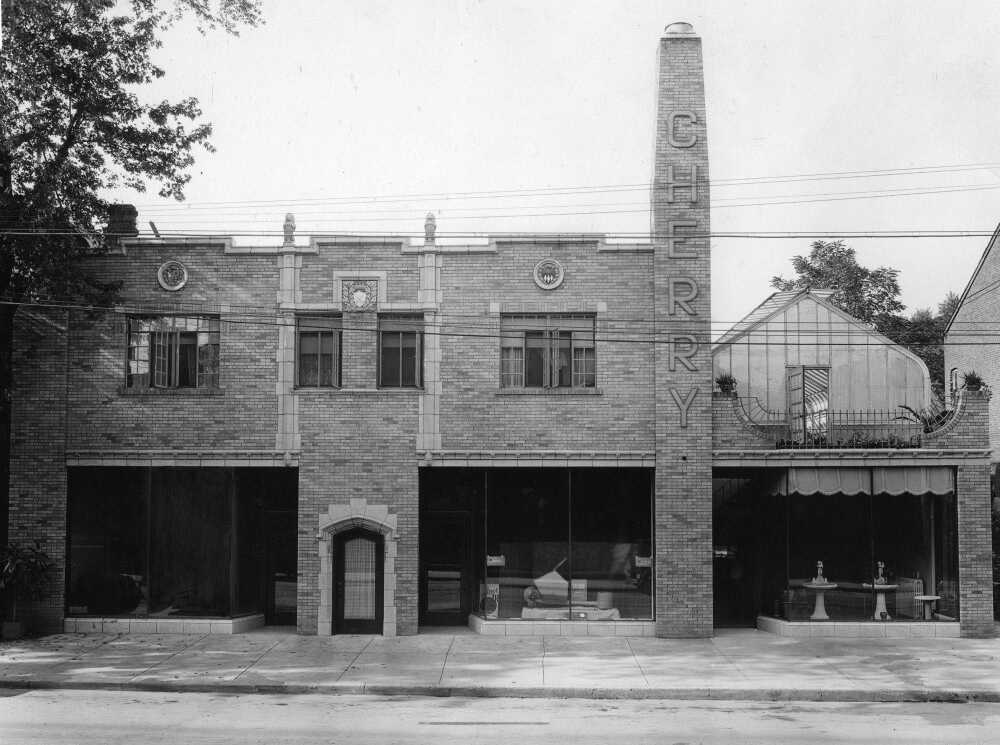 On Sept. 21, 1928, A.H. Gerhardt, commissioned by John Cherry, started work on the foundation for the new building to house Cherry Florist at 318-322 Broadway in Cape Girardeau. Cherry hired Reither and Lindsay, Cape Girardeau architects, to design the new florist shop. The building was designed in the Spanish Colonial Revival style. The main façade features buff-colored brick with a belt course of glazed terra cotta tiles that complement the glazed terra cotta parapet running the length of the roofline. On the second level, terra cotta pilasters flank a multipane window with an ornamental terra cotta shield above it. When first constructed, a greenhouse was on the second floor on east side of the building. The formal opening of the new shop was held March 23 and 24, 1929. Later, the business relocated to the 1800 block of Broadway. In November 1931, the Cherry Florist building was purchased by Surety Savings & Loan Association, one of only four savings and loan associations in Cape Girardeau at the time. In April 1932, the name "Cherry" was removed from the façade and "Surety" was added. The building is a contributing building to the Broadway and North Fountain Streets Historic District.