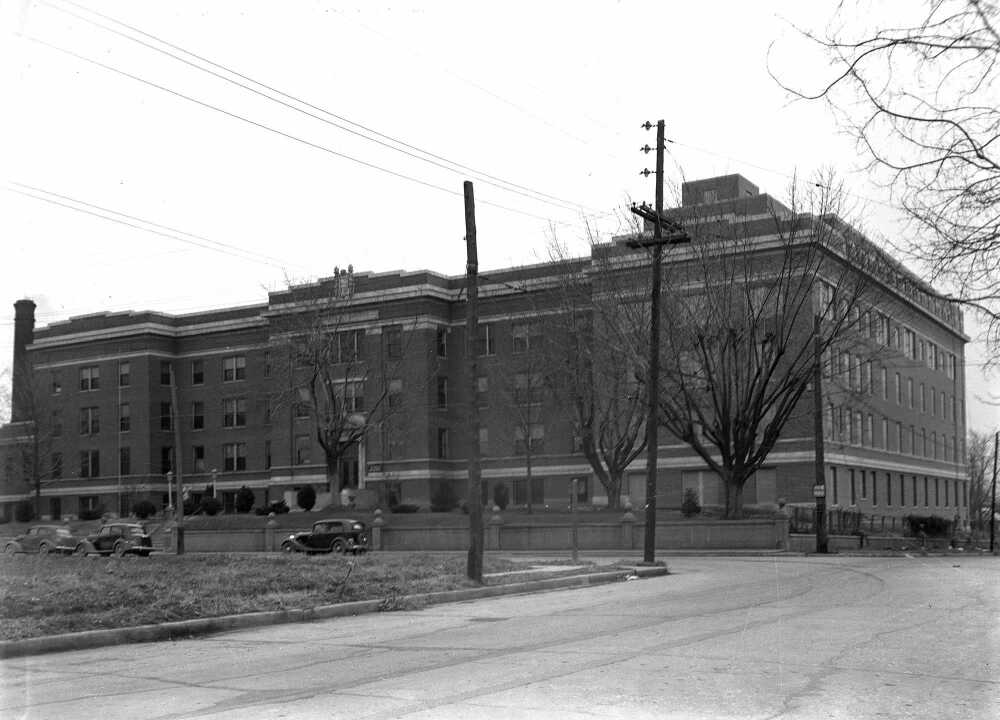 Hospital Addition to be Opened for Inspection Sunday

This photograph shows the $225,000 addition to St. Francis Hospital which will be opened to the public for inspection Sunday afternoon and which will soon be put into use. Formal dedication exercises will be held later. Built at the west end of the original structure, the addition was designed to match the older one as far as possible, but actually is not "tied" into the other to the extent that any settlement of the new one will affect the old. The only inflammable materials in the structure are the doors and windows. The framework is reinforced concrete. Door frames are metal. Cabinets are metal. Floors are tile. Interior partitions are of tile. Exterior walls of brick. (G.D. Fronabarger photo)

According to a full-page advertisement, the five-story structure with sub-basement and pent-house added 28 private rooms, two solariums, two major operating rooms, clinical laboratory, physio-therapy and basal metabolism departments, orthopedic and nose and throat rooms, sterilizing, instrument and doctors' locker rooms, as well as the sisters' cloister, staff room, sisters' dining room, sewing room, machinery and storage spaces. The addition had its own elevator, and every convenience in the care of the sick that could be devised.

From "Lost and Saved":

A group of Franciscan sisters came to Cape Girardeau in 1875, operating hospitals in two locations before constructing a small brick facility at the northwest corner of Sprigg and William streets in 1879. This hospital was greatly expanded with additions in 1882 and 1901. A new hospital was erected on Good Hope Street at Pacific Street in 1914, and the old building later became St. Mary's High School. Renovated and expanded periodically, the Good Hope Street facility served until 1976, when the new Saint Francis Medical Center was built on the west side of town. The old structure served as a dorm for Southeast Missouri State University students for a few years. Despite efforts to save it, the building was torn down in 2000.