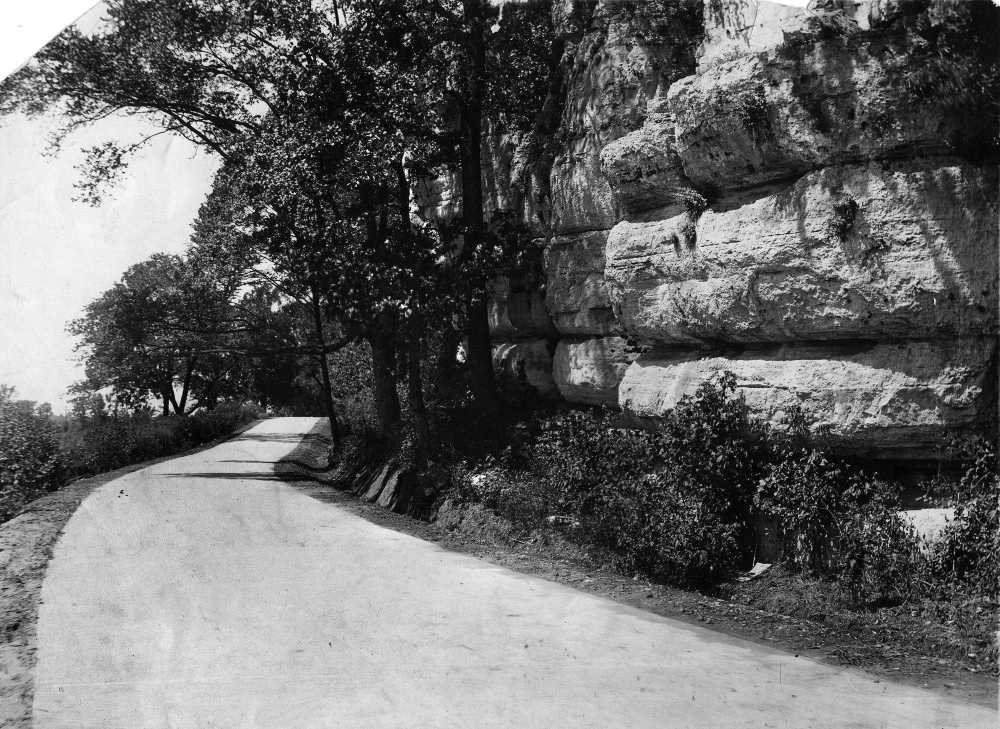 According to a Feb. 6, 1932 story in the Southeast Missourian, El Camino Real, which in English means the King's Highway, "came into Cape Girardeau through the northwestern part of the present city, passing along what is now the eastern side of Fairground Park (later named Capaha Park), where a small Indian village was located.

When the City Council Thursday afternoon officially named the portion of Highway 61 with the city limits Kingshighway, it was taking a step toward preserving a wealth of historical significance connected with a portion of the route the highway follows. For it was first a gravel road and then Highway 61 which replaced the original El Camino Real, the Royal Road, or Kingshighway, between Cape Girardeau and Jackson.

The original trail, El Camino Real, was named by early Spanish settlers, and it meandered through the hills and marshes between St. Louis and New Madrid. On the section between Cape Girardeau and Jackson, local people constructed a gravel road, following in part the route of the original trail. Then Highway 61 was constructed.

In 1805 first petitions for roads leading into Cape Girardeau were presented to the territorial court at Cape Girardeau for an extension of the road from Ste. Genevieve to meet the New Madrid road.

In various localities through which the historical road passed, El Camino Real still remains, at least in name. In St. Louis an arterial street leading out of the city bears the name Kingshighway, and on Nov. 26, 1917, the Daughters of the American Revolution dedicated a granite boulder on South Spanish street, which marks the old pike. The Hon. Louis Houck made the address, giving the history of El Camino Real from New Madrid, through Cape Girardeau, to St. Louis.

It was not a highway, but a trail over which men and women traveled on horseback from post to post in the Spanish dominion, he related.

There is a roadside park on Highway 61 northwest of the city named El Camino Real Park, of course in keeping with the first name.

The Cape County Court on Sept. 6, 1938, ordered abandonment of the old gravel road in the vicinity of Cape LaCroix Creek, northwest of the city. It was once a part of El Camino Real, or Kingshighway, over which traveled Indians as well as white settlers and their descendents for more than a century.

This part of the road, beginning at what used to be Hillcrest golf course, and ending at its intersection with Kage Road, was established in 1843 and had served for many years as a road.

The first trail led from the Cape LaCroix crossing up the hill past Kage School and thence north to the old log house on the hilltop. In 1853, the first survey was made of this road, and its relocation established.

Judge William Caton Ranney, first judge of Common Pleas Court, in his memoirs, beginning with the year 1825, had this to say: "The road to Jackson from Cape was principally occupied by hauling goods from Cape Girardeau to Jackson. It was a very bad road. In wet weather it was almost impassible. It finally became so bad that the question was agitated: should they have a plank road to Cape Girardeau?"

"It was in 1842 or 1843, or maybe as late as 1845, a company was formed and organized and I was elected president, and I superintended the building of the road...we finally concluded to build a gravel road. The road was built on the line it runs now. There were really two roads running to Jackson, one passed the old Baptist meeting house north of the present road, and the other south, and we built this road on the latter right of way."