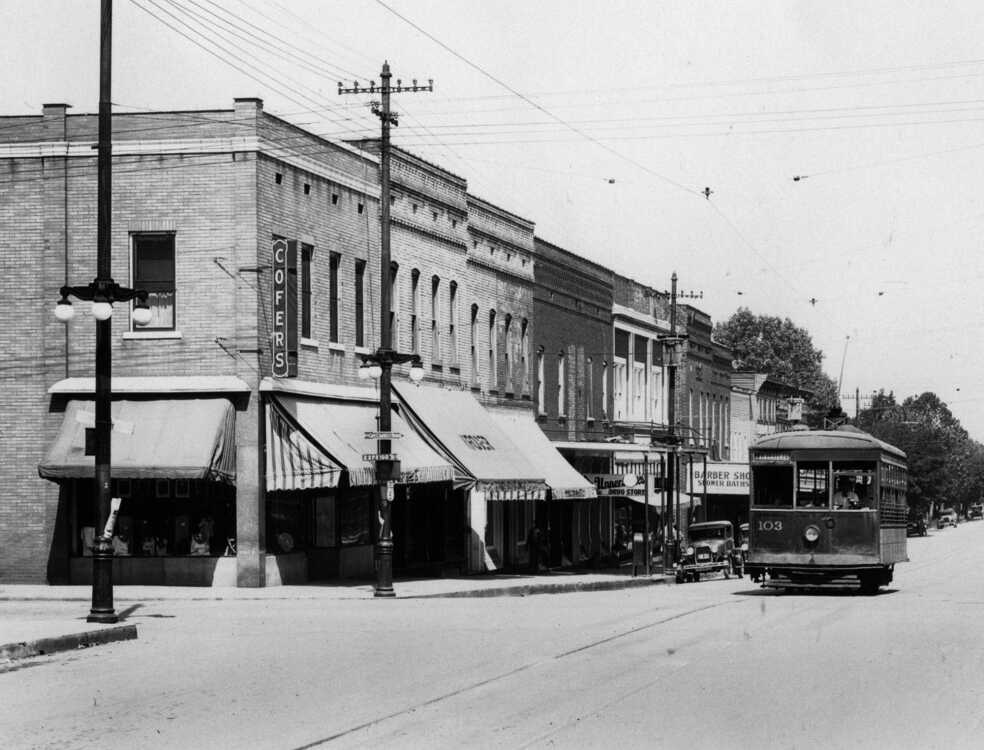 A streetcar on Good Hope Street approaches the intersection with Sprigg Street in this photograph taken about 1929. The view is looking to the east.

Cofer's on the corner was a men's clothing store built in 1923.

Streetcars operated in Cape Girardeau until 1934.

Kroger Grocery Store is next door to Cofer's. Further down is Unnerstall's Drug Store. A barber shop has a sign promoting its shower baths.

Charles Cofer, Good Hope street men's furnishing store proprietor, today had completed the removal of his stock of goods from 631 Good Hope street to the corner of Good Hope and Sprigg streets, in a new building recently erected there by Charles Moeder.

Cofer will occupy the first floor, while the second is given over to offices.

Here is a previous blog with a photo of the same buildings in 1960.