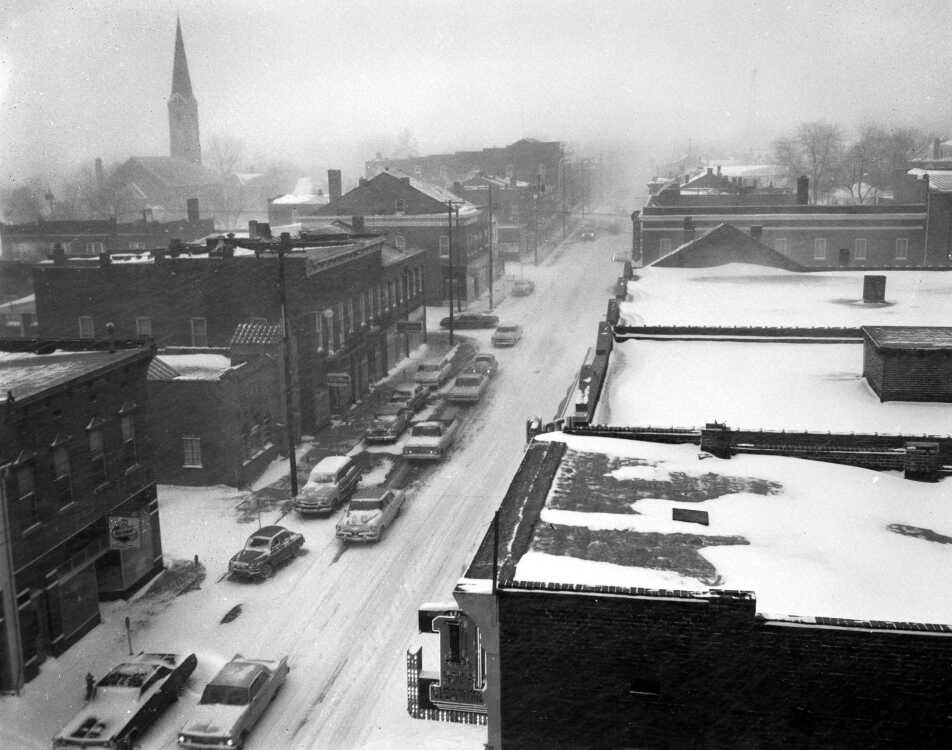 This high-angle view of the 400 block of Broadway was published Jan. 23, 1963 in the Southeast Missourian. The view is from the top of the Himmelberger-Harrison Building. Trinity Lutheran Church is in the distance on Frederick street. (G.D. Fronabarger photo)

A 1962 city directory lists One Hour Martinizing, 418 Broadway. A sign for the business is visible at the bottom of the photo.

The Rialto Theater was adjacent to the west at 420.

Lueders Studio was across the street at 427. Craftsman Office Supply was next door at 429.

Girardeans, by now convinced they are in the throes of an "old-fashioned" winter, moved cautiously about the snow-covered city today, seeking to avoid its wintry hazards.

The two inches of snow which fell overnight Thursday remained largely intact today due to the return of single-digit temperatures.

A low of 7 was reached early today and readings from 4 to 10 degrees are forecast for tonight by the U.S. Weather Bureau at Cairo.

Most streets in the city, particularly those less frequently traveled, remain slick today, causing a number of minor traffic accidents. Also several persons have been treated at hospitals and doctor's offices due to falls on slippery surfaces.

A youth was injured in a sledding accident late Friday afternoon near the State College.