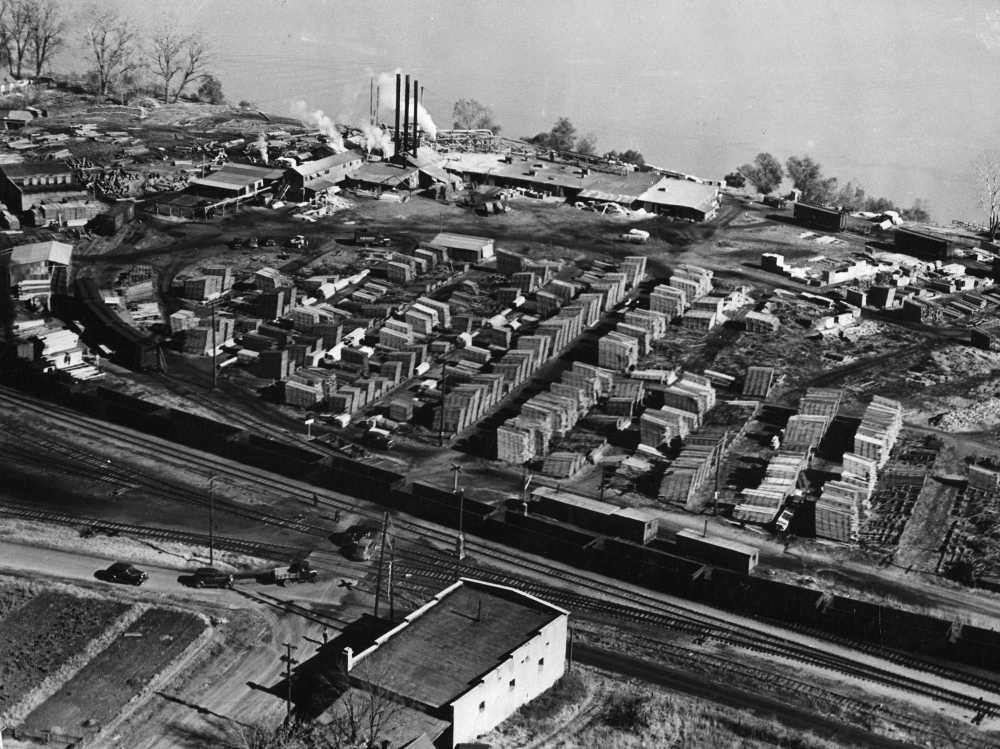 Merit E. Leming came to Cape Girardeau in about 1892, establishing a lumber mill on the Mississippi River. His mill remained at the original site, until fire destroyed the operation in the late 1920s. A portable mill was then set up as a temporary measure, and it was to be used until the mill was rebuilt. But for various reasons, including the Depression, that mill was used until 1944. The mill closed in the early 1990s, having been sold to Howard Tooke. (G.D. Fronabarger photo, 1939)

The Leming Lumber Co. had its biggest year in history, turning out 20 million feet of lumber at a total price of $600,000. The plant operated on 24-hour shifts for four months during the year to take care of the extra business.