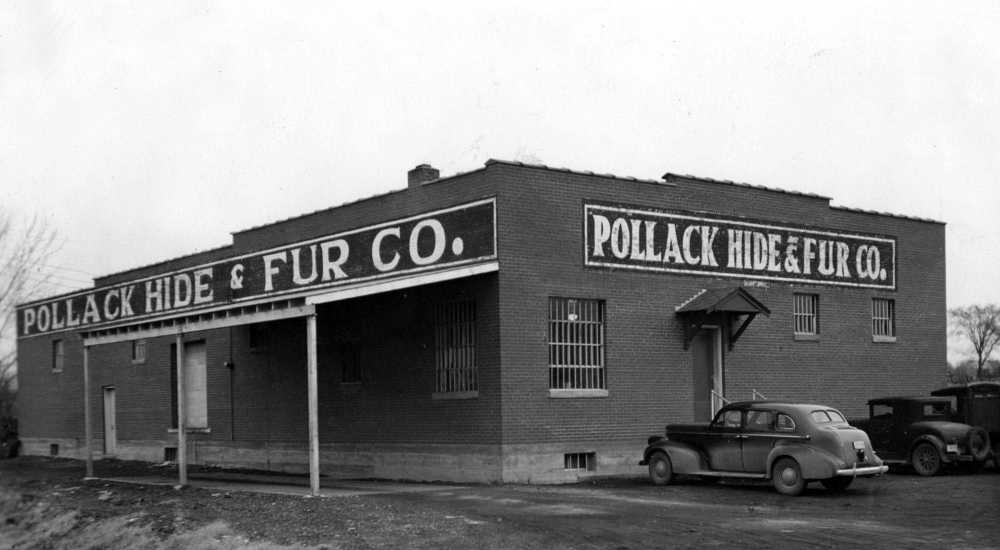 Jake Pollack, a scrap dealer, came to Cape Girardeau in 1916 from Herrin, Ill. That same year, he and his brother, Louis Pollack, established Pollack Hide & Fur Co. on Independence.

Fire destroyed that building in 1937. The business moved to another building and later to this structure on West Independence near Highway 61. In 1949, Jake Pollack's son, Sydney, joined the firm, and Pollack Steel Supply Co. was added to provide structural steel and other steel components.

Jake retired in 1976, and at that time the firm stopped dealing in hides and furs. The firm continued to operate until 1989, when it was sold to William J. Sides.

Our librarian, Sharon Sanders, provides these notes on the business:

May 12, 1934 No one was injured when a section of the floor of a building at 518 Independence St., housing the Pollack Hide & Fur Co., fell into the basement, 8 feet below; joists gave way beneath a pile of about 500 pounds of copper wire, and a 10-by-15-foot section of floor dropped.

June 27, 1944 Fire of undetermined origin destroyed more than a carload of war scrap paper and 3,000 or 4,000 pounds of rags at Pollack Hide & Fur Co. yard on West Independence.

Feb. 10, 1945 Burglars, who forced their way into the building by drilling holes through the front door, made away Friday night with a 500-pound steel safe from Pollack Hide & Fur Co. office building on West Independence Street at Highway 61; Jake Pollack, head of firm, said the safe contained $68 in cash, two drafts payable to the firm, one for $3,974 and other for $341.92, as well as other checks.

1949 Sydney Pollack joined his father in the business. At that time Pollack Steel Supply Inc., was added to the business.

Jan. 21, 1949 Using an acetylene cutting torch owned by the company to open a safe of Pollack Hide & Fur Co., Highway 61 and Independence, burglars stole $1,700 from the safe, after gaining entrance to the office by forcing two doors.

May 5, 1951 Police said attempts to break into three safes in Cape Girardeau businesses were made overnight; although they failed in each instance, burglars badly damaged safes in their enthusiastic, but crude, efforts; attempts were made at Pollack Hide & Fur Co., West Independence Street, where two safes were damaged, and at Energy Coal Co., 410 William.

Dec. 26, 1951 Thieves stole 61 mink hides valued at $1,100 and 43 muskrat hides valued at $75 in a break-in at Pollack Hide & Fur Co., Independence Street and Kingshighway, Christmas night; Jack Pollack said a one-inch steel bar across a basement window of his establishment was sawed, then bent upward to gain access.