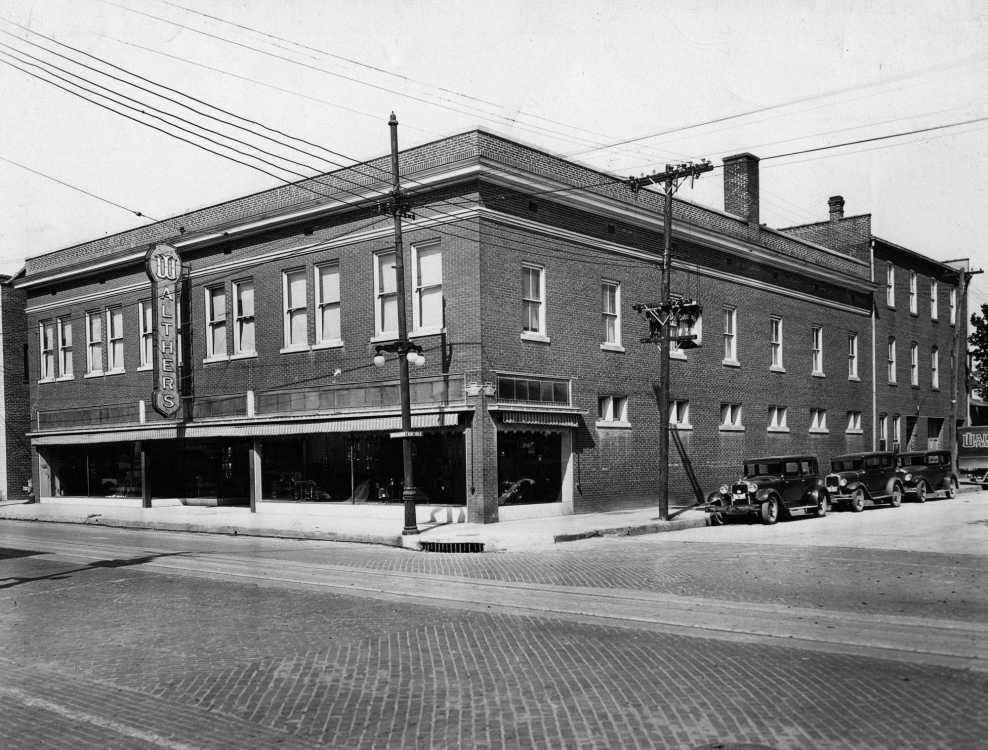 The store was established in 1864. The original store building burned in 1916 and was replaced with this structure. The store closed in 1984.

From 1987 to 2002, the building housed Cast-A-Ways, a consignment clothing store.

Today the renovated building is home to the Discovery Playhouse, 502 Broadway.

From "Lost and Saved":

In June 1916, Bernard A. "Bern" Walther and his brother, Gustav C. Walther, commissioned Vogelsang Brothers Construction Co. of Cape Girardeau to build a two-part commercial block building designed by Parlow & Dean, architects of Cape Girardeau, at 502 Broadway. This type of building is common for moderate-size commercial structures and is characterized by the horizontal division between the first and upper floors. In 1930, a row of transom windows directly above the showcase windows were removed to enlarge them. Black tile was added to the base of the windows, replacing a brown marble base. The improvements were designed by Reither & Lindsay, architects, and completed by Wm. Gerhardt Construction Co. Walther's Furniture was instrumental in the establishment of Southeast Missouri Hospital, supplying furniture on a deferred payments basis. The store closed its doors in 1984. Several other businesses have used the quarters since then, most notably Cast-A-Ways, a consignment shop which operated there from 1987 to 2002.

Here is a photo gallery of the Discovery Playhouse. It opened April 22, 2010.