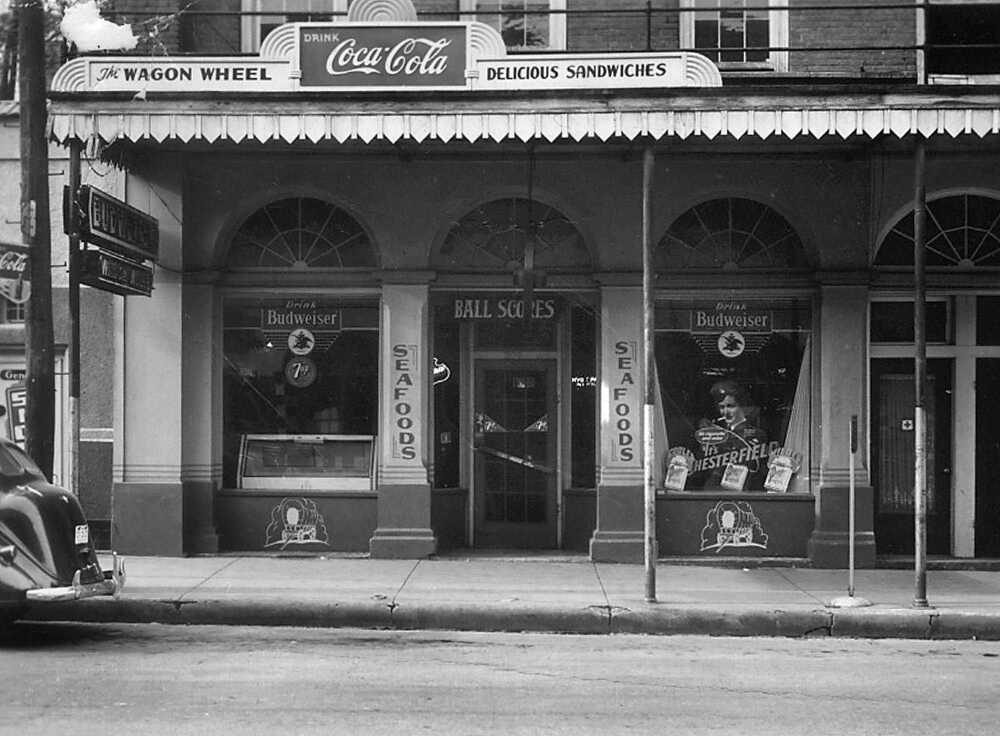 This photograph and information was published in the June 7, 2004 Faces and Places as submitted by Maxine Busch-Boren to the Southeast Missourian.

The Wagon Wheel Saloon and Restaurant was owned by Emil and Linda Busch from 1941 to 1947. The Busch family and their four children, Virginia, Gene, Maxine and Buddy, lived around the corner at 220 N. Lorimier. The thriving restaurant served employees of the shoe factory and the Southeast Missourian. During the war years, cadets from Harris Field were regulars. The establishment was renowned for its family atmosphere. On the far right are two doors; the first one led to the steps of the second floor of the Opera House; the second led to the Eat Shop, owned and operated by the Green family and later the Hill family. Richard Barnhouse opened The Petit N'Orleans Restaurant after purchasing the Wagon Wheel and the Eat Shop in 1947.

Here is a previous blog with more history of the Wagon Wheel, Eat Shop and the old Opera House.

The old Opera House was built as Turner Hall. This previous blog includes its history as written by Judith Crow.