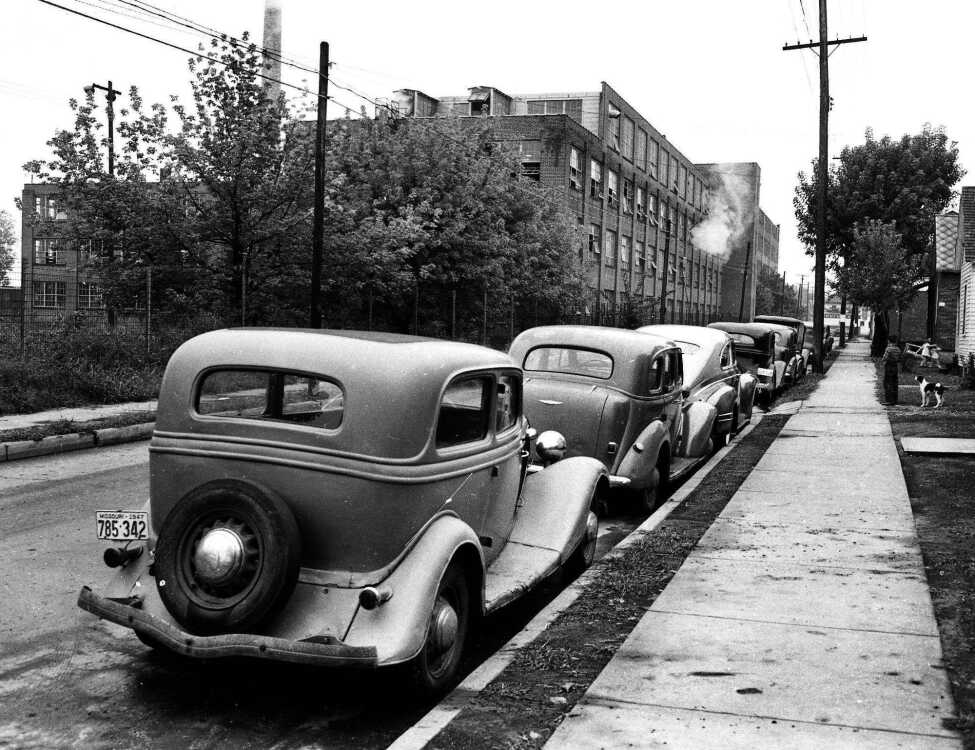 Automobiles are parked on North Main Street across from the International Shoe Co. plant in the late 1940s. Notice the boy and his dog at right. (G.D. Fronabarger photo)

The five-story shoe factory building on North Main Street in Cape Girardeau was built in 1907 for the Roberts, Johnson and Rand Shoe Co. It was later the International Shoe Co. In 1935, International was making about 12 million pairs of shoes a year with a peak workforce of 1600. The factory was later owned by Florsheim Shoe Co. The building was abandoned in 1984 and demolished in 1990.

Here is a previous blog about a workers' strike at the shoe factory.