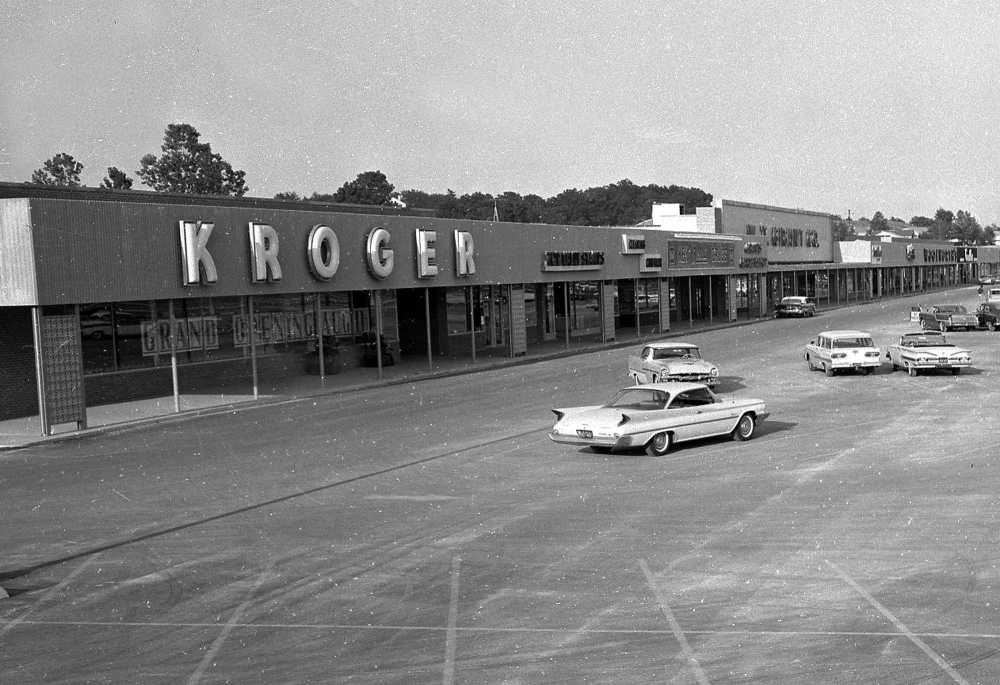 This picture of Kroger on the west side of the Town Plaza Shopping Center was taken sometime near its grand opening on Aug. 11, 1960. Top Value Stamps is next door. (G.D. Fronabarger photo)

In 1969, a newly-built Kroger Family Center opened at 2001 Independence.

In 1970, Roth Stores, a retail clothing chain of eight stores, signed a 17-year lease with the Kroger Co. on its former property in the Town Plaza.

Here is a previous blog about Kroger on Broadway.