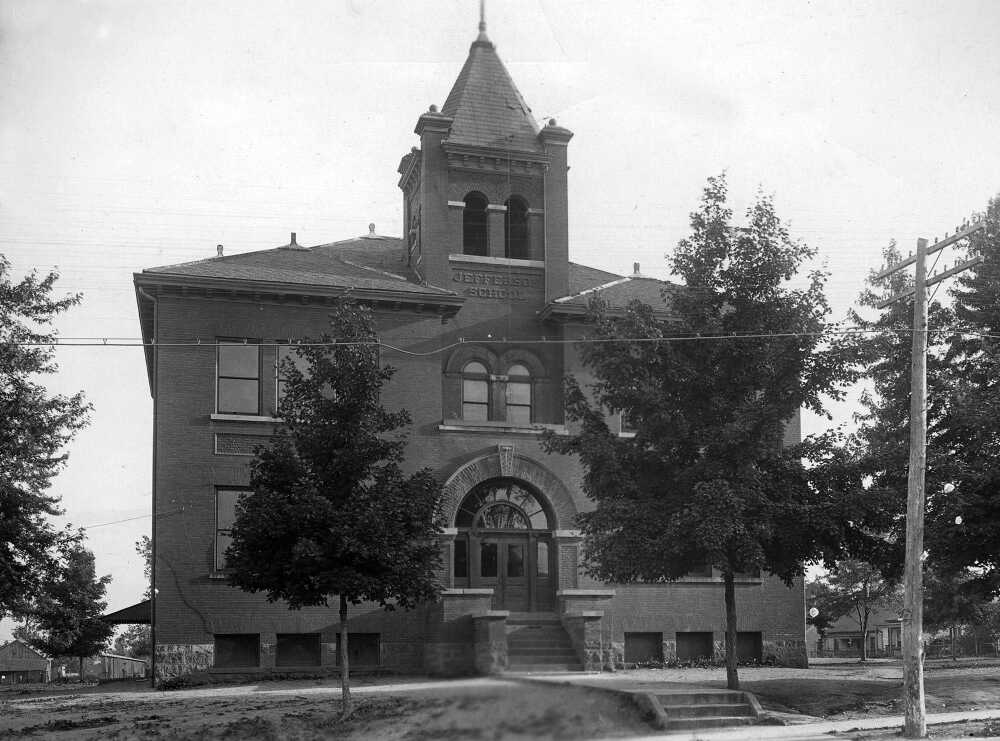 Some Facts About School Tax Election

One item in the detailed statement needs special explanation. It provides for $3,328 for a new school lot. The school board more than a year ago bought and made a very small payment on a fine, large lot in the south part of town, just east of Sprigg street. It was a rare opportunity of getting a fine site for a school that is already badly needed and which will have to be built in the next year or so.

When Mayor Haas was a member of the board, he had much to do with getting this lot and is entitled to the credit. All those people living in the new addition on either side of Sprigg street south of Maple street need an adequate building on this lot badly.

Jefferson School is completely worn out. It is not fit for a chicken house and still the children are crowded into it. It is a crime against those children to restrain them in such an unsanitary and unsafe building and before long this condition must be corrected.

The school board must either pay for the lot soon or release it. Therefore this money must be provided at once.

(Editor's Note: Voters approved the 50-cent tax levy for the schools. It was carried by 136 more votes than the necessary two-thirds majority. May Greene School was built in 1919 on the lot that was purchased by the school board.)

The Jefferson school is the oldest of school buildings now in use in the public school system, and only four of the lower grades in that immediate vicinity are housed there. The building is not adequate to meet the needs desired and probably will soon pass into history as a new structure takes its place, but under what conditions exist there admirable progress has been made. The excellent work of the pupils is displayed in attractive color designs that would add brightness to any surrounding.

A program was held at the school in the evening. The lack of auditorium facilities made it necessary for the program to be planned in each room, the "seasonal" idea being carried out. Hundreds of patrons passed from room to room in the evening, viewing the displays of the pupils and exhibits of their work during the year.

A toy orchestra opened the season with the theme "Spring." Mistress Mary's garden was shown in a play presented by the second grade. The first grade followed this with "Summer," in which the vacation idea predominated. Songs and poems comprised most of the program. The third grade scored a hit with "Autumn," in which songs and poems again illustrated the idea, while the fourth grade told of "Winter." All pupils took part in the program.

Jefferson School will be used for the remainder of the year to handle the elementary grades of John S. Cobb School which was destroyed by fire early Tuesday. Jefferson pupils will be moved to May Greene School as a unit. The school was constructed in 1904. It is planned to abandon the structure next year when the new Central High School makes room available in other elementary buildings for the absorption of the first three grades that have been maintained at Jefferson.

(Editor's Note: A new Jefferson School was built in 1957 on a 10-acre tract facing Minnesota Avenue. The original building had six classrooms, but within five years it was necessary to add six more rooms and a gymnasium.)

Here is a previous blog about John S. Cobb School.