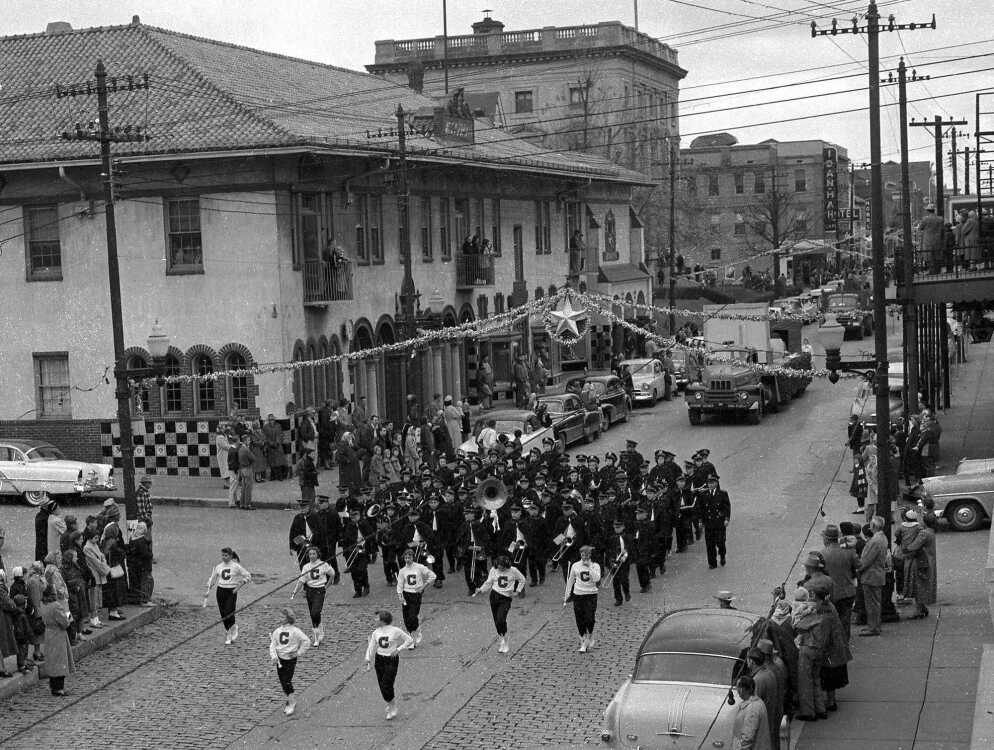 The Cape Central High School Marching Band marches past the Southeast Missourian building in the "Salute to Santa Claus" parade on Nov. 21, 1955 in Cape Girardeau. The old post office and Hotel Idan-Ha are visible in the background. Granite cobblestones are visible on Broadway hill. They were removed in 1956. The remains of street car rails can be seen in the middle of the hill. (G.D. Fronabarger photo)

The Retail Merchants Association organized the annual Christmas parade that had 14 floats, 12 bands and the Golden Troopers as marching units, plus scores of children dressed in costume to compete for prizes.

Santa Claus paid a pre-parade visit to the children receiving treatment in the St. Francis Hospital polio center. They were taken to a point of vantage to view the parade as it passed by the hospital.

Here is a previous blog with the winning float in the 1955 Christmas parade.