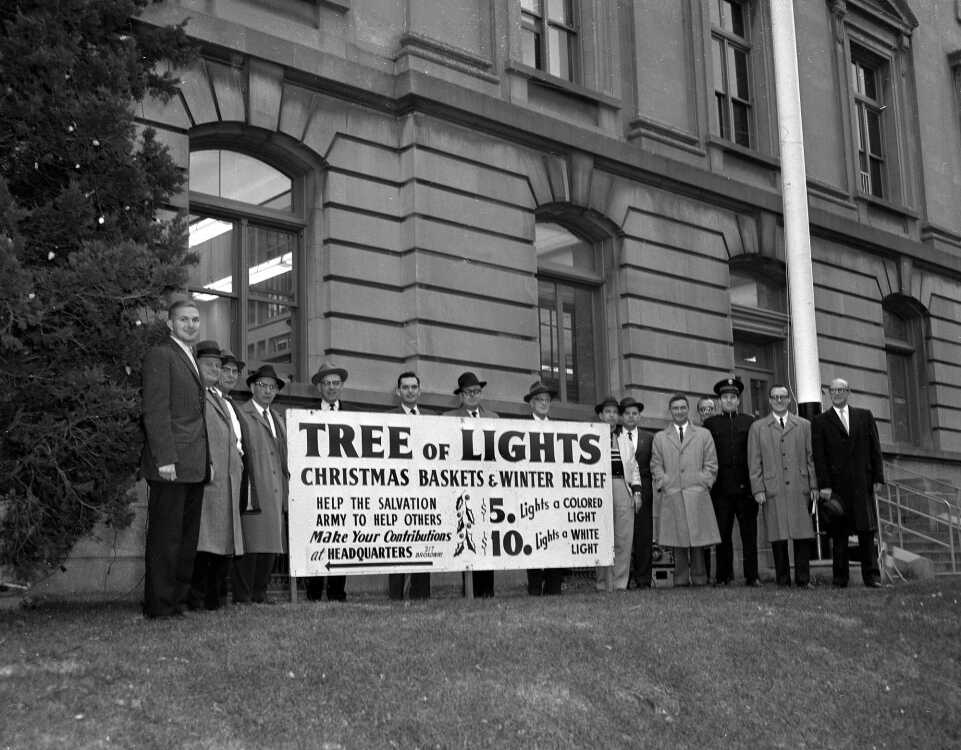 The tree was set up outside the old post office in Cape Girardeau which was situated at the southeast corner of Broadway and Fountain streets. The building was razed in 1967 and a new Federal Building was built.

Here is a previous blog with history of the old post office building.