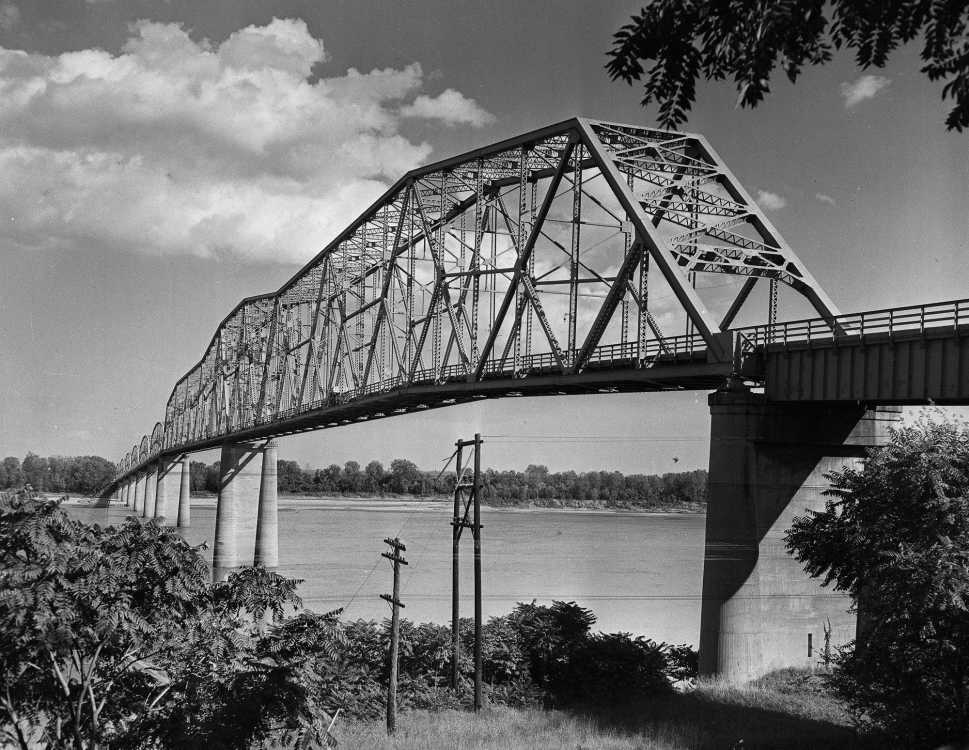 The original Mississippi River bridge at Cape Girardeau was photographed by G.D. Fronabarger, possibly in the 1950s. The bridge was closed when the Bill Emerson Memorial Bridge opened on Dec. 13, 2003.

From "Lost & Saved" by Terri Foley:

Dedicated on Sept. 3, 1928, the Cape Girardeau Traffic Bridge across the Mississippi River was constructed at the cost of $1,600,000. The Cape Girardeau Chamber of Commerce announced plans for the new bridge on Aug. 19, 1926. W.R. Compton Co. of St. Louis financed the project with the condition that the chamber would sell a total of $300,000 of bridge stock. On Sept. 6, 1926, the five-day fund drive to sell the required stock began, and by Sept. 10, a total of $388,900 in shares were sold, more than the required amount.

The bridge stood for 76 years and was demolished in 2004, after the new Bill Emerson Memorial Bridge was opened. The entrance to the old span still stands as a reminder of the first bridge to cross the Mississippi River between St. Louis and Memphis. The arch has art deco elements, and the original cartouche is still intact.

The entrance has become a river overlook.