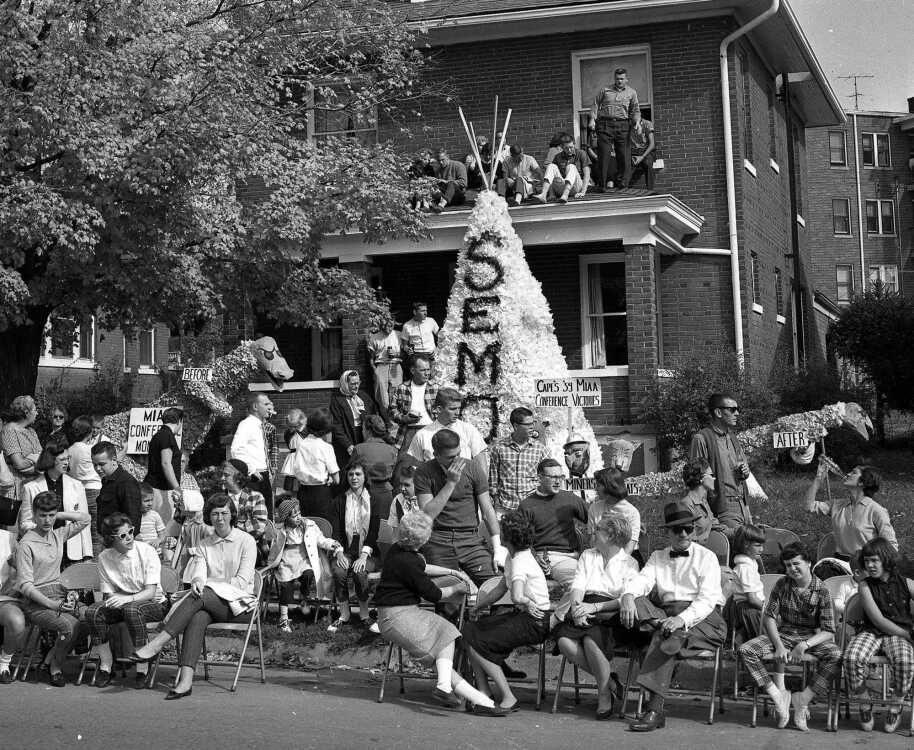 House decorations were part of the SEMO Homecoming celebration in 1959. This display by the Benton Society won the off-campus plaque for its entry, "Defeat the Conference Monster," along Broadway where people gathered for the parade. The scene shows a large MIAA Conference Monster "before" on the left and a much smaller beast "after" on the right. The homecoming theme was "Moments to Remember." (G.D. Fronabarger photo)

Here is a previous blog about the 1957 SEMO Homecoming.

Here is a previous blog about Coach Kenny Knox and his 1955 football team winning the MIAA conference.

Here is a previous blog about the Golden Eagles Marching Band.