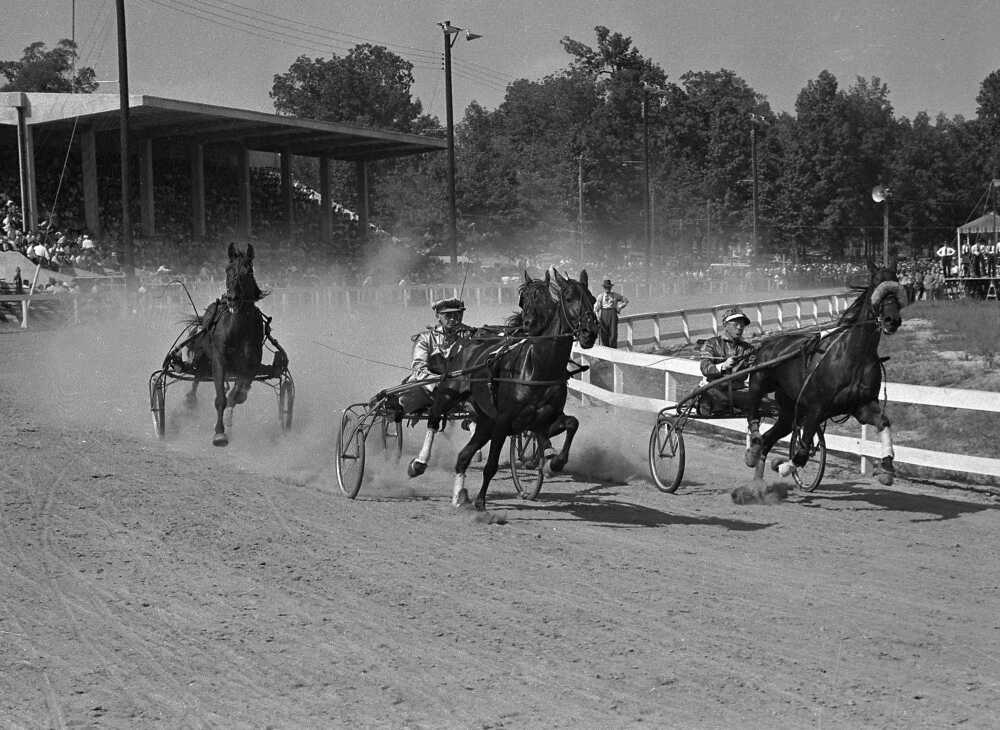 Harness racing was popular in the 1950s at the SEMO District Fair where G.D. Fronabarger shot this race. The photo is undated.

In the past one of the chief worries of District Fair officials has been getting enough horses to fill out a speed program, but this year their troubles have been reversed. Because already so many horses have been entered that the problem lies in finding a place for them on the racing card, in fact in the opening race today, the Mayor "Doc" Ford class, a 2.22 trot. Speed Supt. Ray H. Engler had to divide the 13 horses entered into two divisions.

According to rules of the U.S. Trotting Association, only eight horses can run at one time on the local track, and since 13 animals were entered for the one event, divisions had to be made. Also, to the $500 purse the Fair Association had to add $250 (50 per cent of the original purse), making a total purse of $750.

Although the other classes for today were not as crowded, all were full. Besides having trouble in finding room for them on the racing cards, stable superintendents are puzzled at times in finding room to stable the animals and their gear.

Supt. Engler, who also arranged a good racing program last year, reported today that 50 horses had been registered, and that some 25 more are expected.

Races will be run Friday and Saturday afternoons also.

Here is a previous blog about mule racing at the SEMO District Fair.