Home of the Birds 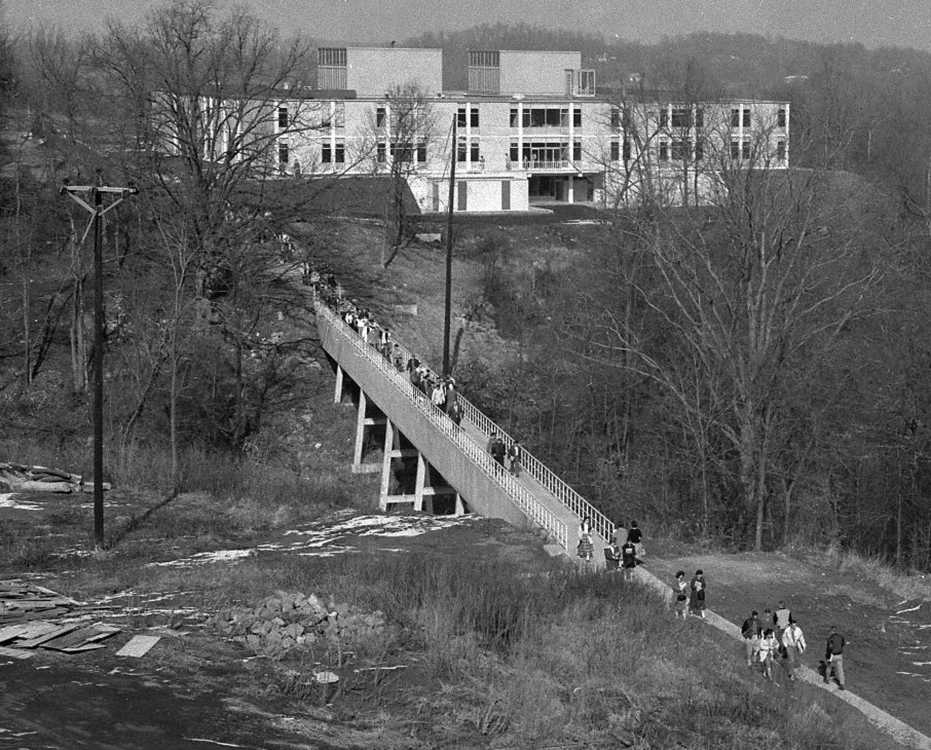 State College's new Magill Hall of Science stands on a hillside overlooking the wooded ravine known to generations of students on the hilltop campus as the Home of the Birds. Science students reach the building from the main campus via a walkway and a bridge-like structure standing high above the ravine. The bridge carries utilities -- heat, power and water -- to the new structure and is a continuation of the system of tunnels between buildings on the campus. Contemplated for future campus development is the wooded area to the right in the picture, extending through to Sprigg street. (G.D. Fronabarger photo)

State College science and mathematics classes have completed the step-by-step move from the 58-year-old science building at the rear of Academic Hall to their modern, $1,265,373 structure to the north of the Home of the Birds.

The new building, reached by a drive from North Henderson avenue branching off from that to the home of President Mark F. Scully, solves space and laboratory problems that existed in the outgrown structure used for so many years.

It has been officially named Magill Hall of Science in recognition of Dr. A.C. Magill, now a member of the County Court, who was head of the department for many years prior to his retirement in 1952 after 43 years in the position.