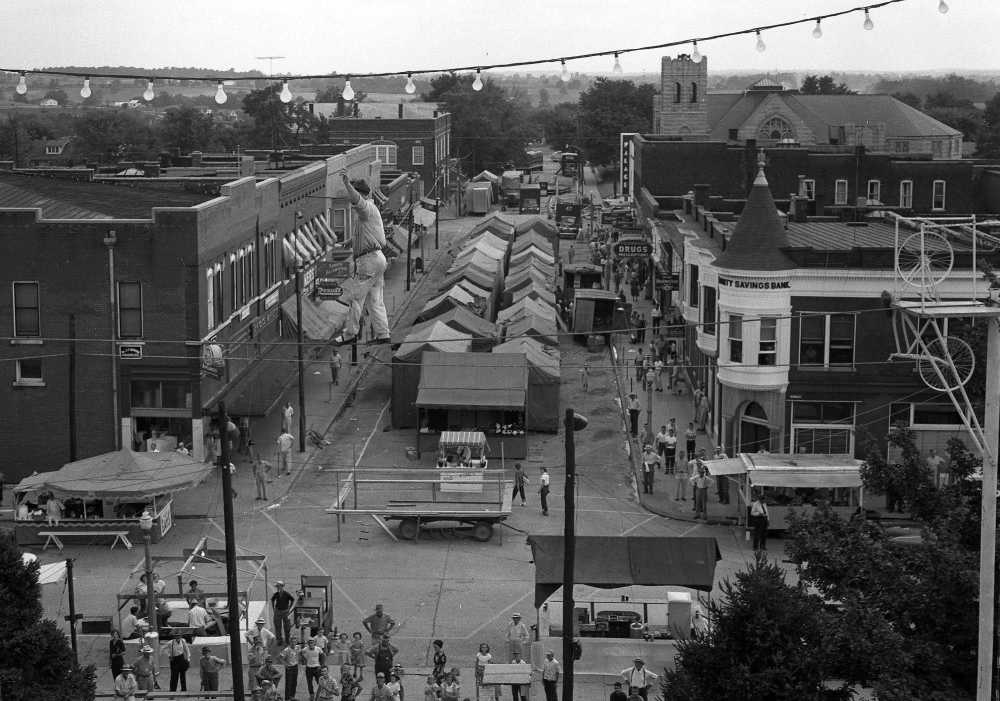 Back at the same old stand, the 1951 revival of the Homecomers Reunion at Jackson is under way, with the main business street of the community jammed with entertainment features, eating places and the like. The picture looking south from the courthouse shows the situation. The man in the foreground was rehearsing his tight wire act when the photo was made. (G.D. Fronabarger photo)

The 1951 edition of Homecomers, for years the spot for renewing friendships, will open this afternoon with a street parade, featuring youngsters and oldsters. Free acts will follow a short formal program which will get the affair under way. The windup will not be until Saturday night.

Legion officials pulling the wires for the week of entertainment are hoping for days and evenings of fair weather.

Pulling out of the mud at an Illinois town, the Buff Hottle Shows arrived here Monday night and set up today. The "Great Eugenes," the high wire act, came at noon Monday and by this morning their wires are in place for the first act. The act will be directly over the front courthouse walk, and guy wires stretch between the sideyards. Traffic moved on the streets this morning, but under handicap because of the parked vehicles for unloading various equipment.