Brothers of the Brush 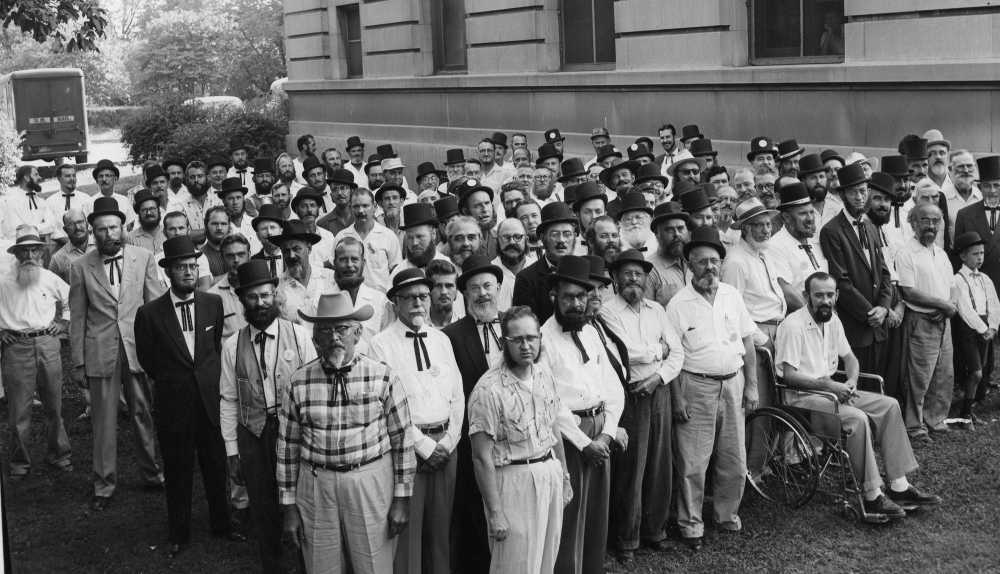 The last roundup. Scores of Brothers of the Brush assembled Saturday afternoon on the lawn at the Federal Building to have their hirsute adornment judged in the beard growing contests as a feature of the Sesquicentennial. Three finalists were picked from each beard classification and these competed in the final contest that night at Houck Field before the final showing of the pageant. (G.D. Fronabarger photo)

Here is a picture of Frony taken during the Sesquicentennial.

Walter Huang, professor of geology at State College, won the prize for the most pitiful beard. Judges proclaimed that his beard consisted of seven chin whiskers. He received a woman's electric shaver.

In the shaving contest, Charles Windisch was the winner with a time of slightly over four minutes to remove his heavy beard with an electric razor.

The Sisters of the Swish contest for women dressed in period costume was held during the celebration. Mrs. Emil Werner won first prize with clothes worn by her mother shortly after she came to America in 1889.