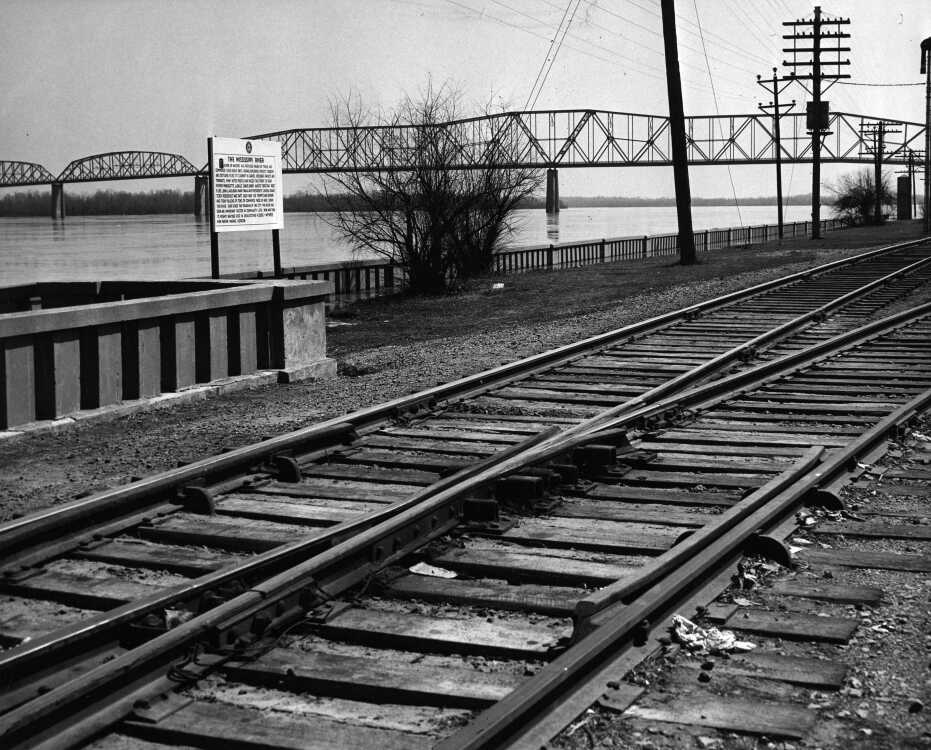 One of a series of markers being erected by the Rotary Club at various historical points in and around Cape Girardeau, this one calling attention to the great Mississippi River is located at the foot of Independence street. Appropriately enough, the picture by G.D. Fronabarger shows three means of transportation: water, rail and highway. The inscription on the marker follows:

Father of the Waters has provided means of travel and commerce since early days. Indians, explorers, priests, traders and settlers plied its current in canoes, keelboats, packets and towboats. Many noted people have passed this point by boat. Father Marquette, La Salle, Daniel Boone, August Choteau, Robert E. Lee, John J. Audubon, Mark Twain and Presidents Lincoln, Grant, Teddy Roosevelt and Taft. Each year the traffic has grown, and today billions of tons of commerce pass up and down the river. Ever since the founding of the city the river has been an important factor in community life. Now and then its mighty waters rise in devastating floods.

On the left side of the picture is the portion of the original river wall that was demolished before the floodwall could be built in its place.

Here is a previous blog that shows its destruction with a story of why it was built.

This previous blog has a century-old photo showing the area before the river wall.