Dennis Scivally Park: then and now 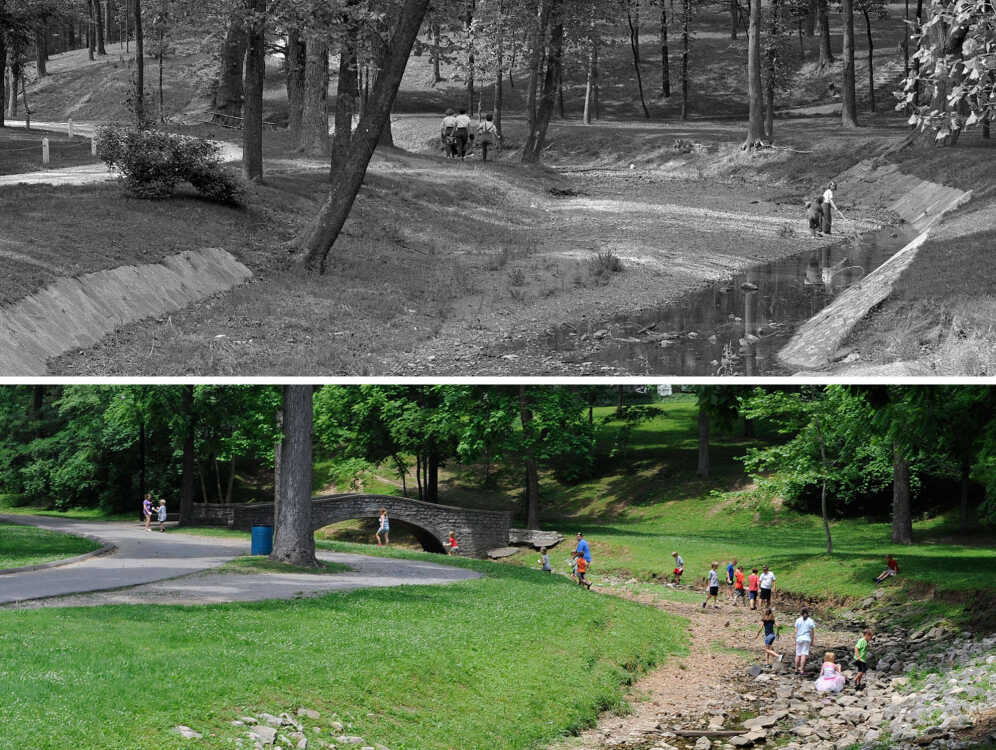 The creek bed at Dennis Scivally Park has drawn youngsters for decades.

Frony shot the top photo sometime before the footbridge was built by Dennis M. Scivally in 1941. The creek is a tributary of Walker Branch. The park is located at Cape Rock Drive and Brookwood Drive in Cape Girardeau. The lower photo was made recently.

Here is a previous blog about the park with another early photo by G.D. Fronabarger. More links to Dennis Scivally and the park are included.

Youngsters search for crawdads in the creek at the park.