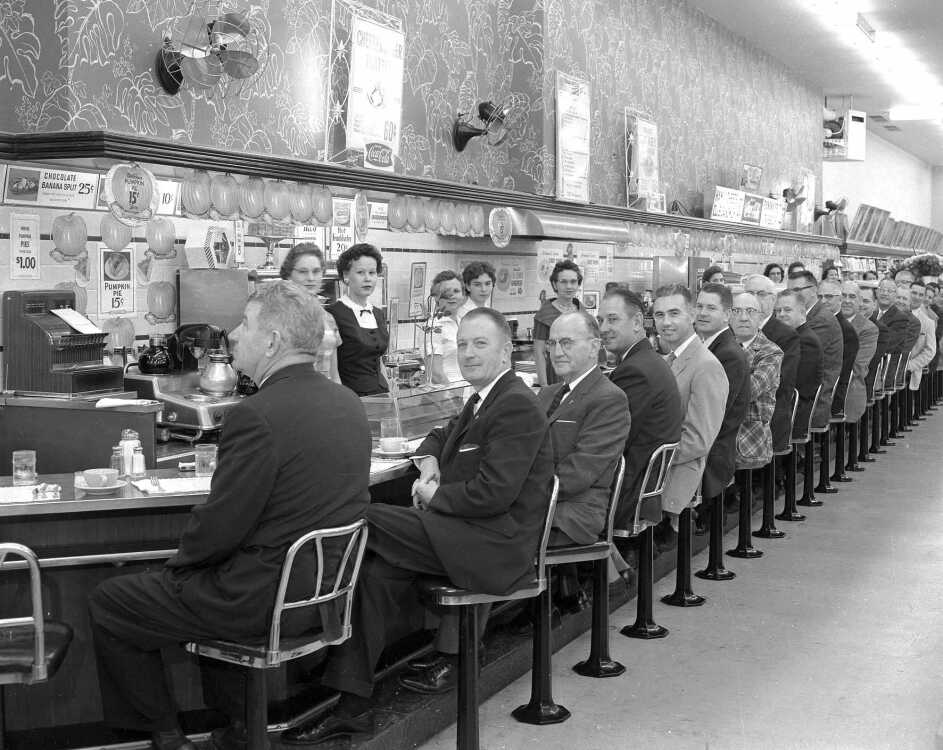 Downtown merchants and civic leaders pause for a cup of coffee at the F.W. Woolworth Co. lunch counter in this undated photo by G.D. Fronabarger. We believe the picture was taken at the store's grand opening event after remodeling on Oct. 8, 1959.