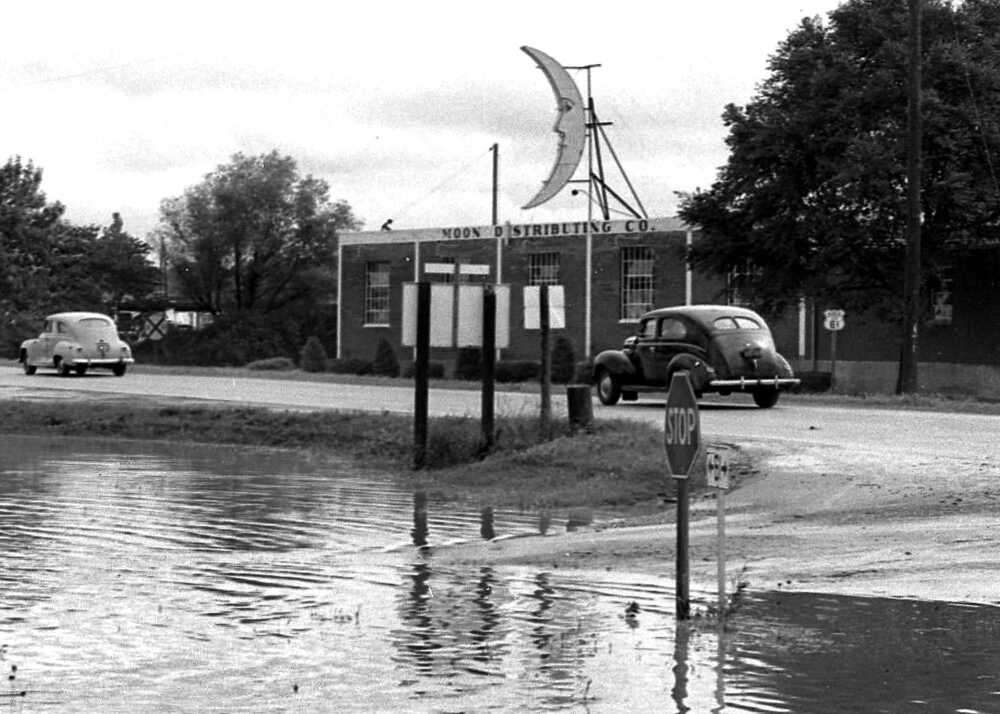 Floodwaters from Cape LaCroix Creek fill a ditch along Kingshighway across from Moon Distributing Co. in this undated photo by G.D. Fronabarger. It might have been taken during the rainstorm reported in the Southeast Missourian on April 3, 1950.

"Just across the road at the Moon Distributing Co., an open ditch roared full from water collected on West Broadway and along the highway. It was still bank high this forenoon."

The wholesale liquor distributing business was established in Cape Girardeau in the early 1930s. It was first located in the 800 block of Broadway, but in 1937 moved to a warehouse near Independence and Kingshighway.

In 1969, Moon purchased a 5.85-acre tract in the Greater Cape Girardeau Industrial Park, moving into a 30,000-square-foot warehouse the following year.

"The moon is up again. The crescent-shaped sign that, at Moon Distributing Co. on Kingshighway, was a sort of landmark, has been reinstalled on the firm's new building on Nash Road."

Moon is no longer in business. A 1999 story about the Nash Road Industrial Park mentions M&H Pallet moving to the park in the Moon Distributing building.

Here is an aerial view of Moon Distributing Co. from a previous blog about Pfister's and Park-N-Eat.